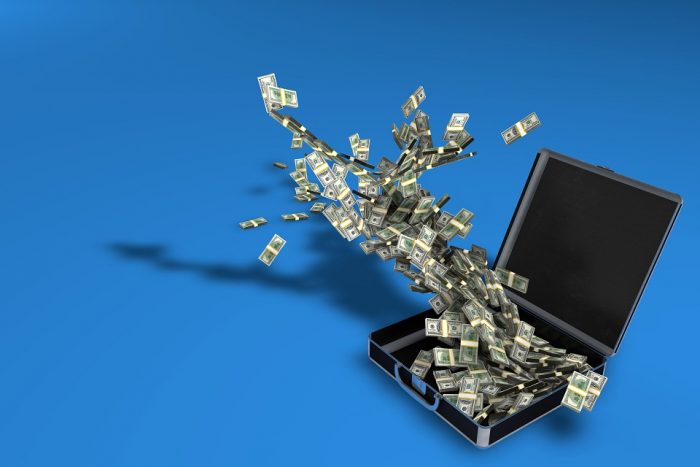 Should everyone in America receive a “basic income” directly from the federal government? Considering the fact that we are already 20 trillion dollars in debt, such a concept may sound quite foolish to many of you, but this is an idea that is really starting to gain traction in leftist circles. In fact, Facebook CEO Mark Zuckerberg suggested that this was something that we should “explore” during the commencement speech that he just delivered at Harvard. For quite a while it has been obvious that Zuckerberg is very strongly considering a run for the presidency in 2020, but up until just recently we haven’t had many clues about where he would stand on particular issues. If he is serious about proposing a universal basic income for all Americans, that would make Zuckerberg very appealing to the far left voters that flocked to the Bernie Sanders campaign.

Yesterday, I discussed the fact that the number of Americans that are receiving money from the government each month has reached an all-time high, but Zuckerberg would take things much farther. According to Zuckerberg, society would be far better off if everyone got an income from the government…

“Every generation expands its definition of equality. Now it’s time for our generation to define a new social contract,” Zuckerberg said during his speech. “We should have a society that measures progress not by economic metrics like GDP but by how many of us have a role we find meaningful. We should explore ideas like universal basic income to make sure everyone has a cushion to try new ideas.”

Zuckerberg said that, because he knew he had a safety net if projects like Facebook had failed, he was confident enough to continue on without fear of failing. Others, he said, such as children who need to support households instead of poking away on computers learning how to code, don’t have the foundation Zuckerberg had. Universal basic income would provide that sort of cushion, Zuckerberg argued.

Such a proposal is going to look really good to a lot of people at first glance.

But who is going to pay for this?

I don’t think that Zuckerberg has really thought this through. Are young people going to have an incentive to work if they can just stay home and watch movies and play video games all day while collecting their “universal basic incomes” from the government?

And why would anyone want to bust their rear ends working for a living when their incomes are just going to be taxed extremely heavily to pay for all the people that aren’t working?

We are already 20 trillion dollars in debt, but politicians on the left just want to keep giving even more free stuff to people. During his presidential campaign, Bernie Sanders suggested that everyone in America “deserves a minimum standard of living” and that every citizen is “entitled” to universal health care, free college education and basic housing…

So long as you have Republicans in control of the House and the Senate, and so long as you have a Congress dominated by big money, I can guarantee you that the discussion about universal basic income is going to go nowhere in a hurry. But, if we can develop a strong grassroots movement which says that every man, woman and child in this country is entitled to a minimum standard of living — is entitled to health care, is entitled to education, is entitled to housing — then we can succeed. We are living in the richest country in the history of the world, yet we have the highest rate of childhood poverty of almost any major country and millions of people are struggling to put food on the table. It is my absolute conviction that everyone in this country deserves a minimum standard of living and we’ve got to go forward in the fight to make that happen.

In previous generations, very few people would have ever taken someone like Bernie Sanders seriously.

But in our day and time socialism is really starting to catch on. In fact, one survey found “that four out of every ten adults say they prefer socialism to capitalism”…

The American Culture and Faith Institute recently conducted a survey of adults 18 and older. It shows not only how deeply divided Americans are on some issues but also how their view of the nation stands in many cases in stark contrast to our nation’s founding principles. Most Americans (58 percent) see themselves as politically moderate, while a quarter identify as conservative, and 17 percent as liberal. Those who were both socially and fiscally conservative, the group tracked by the ACFI in greatest detail, were 6 percent of the population.

But those differences don’t reveal the greatest divide and danger to America’s future. “The most alarming result, according to [George] Barna, was that four out of every ten adults say they prefer socialism to capitalism,” the ACFI noted in its commentary on the poll. “That is a large minority,” Barna said, “and it includes a majority of the liberals — who will be pushing for a completely different economic model to dominate our nation. That is the stuff of civil wars. It ought to set off alarm bells among more traditionally-oriented leaders across the nation.’” That 40 percent of Americans now prefer socialism to capitalism could spell major change to the policies advanced by legislators and political leaders and to the interpretations of judges ruling on the application of new and pre-existing laws.

And as I noted yesterday, Millennials are particularly attracted to socialism. This could have dramatic implications for our society as older generations of Americans slowly die off.

Unfortunately, there is just one huge problem with socialism.

If you want to see the end result of socialism, just move to Venezuela or North Korea for a while.

In socialist nations, there is very little incentive to work hard. Instead, people tend to become very lazy and expect the government to provide everything that they need.

Would Mark Zuckerberg have worked so hard to develop Facebook if he knew that the government would just come in and take most of the money away so that others could have a “universal basic income”?

Yes, we want to do all that we can to reduce poverty and to build a strong, vibrant middle class.

But socialism is not the answer and it never will be.

4 thoughts on “Free Money: Potential Presidential Candidate Mark Zuckerberg Suggests That All Americans Should Get A ‘Universal Basic Income’”