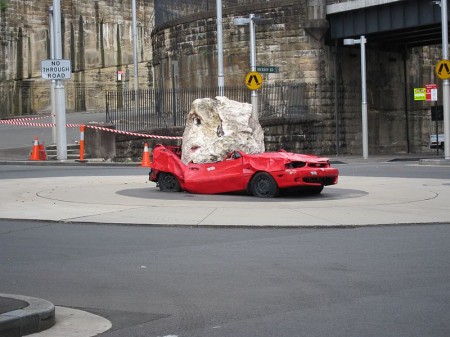 And while a bad GDP print was largely expected, the driver wasn’t: personal consumption expenditures somehow crashed from 3.1% to just 1.0%, far below the 2.4% expected, meaning that all hope of a consumer recovery is dead. Finally, as a reminder, US GDP has never fallen more than 1.5% except during or just before an NBER-defined recession since quarterly GDP records began in 1947. Good luck department of truth propaganda machine, because even assuming 3% growth every other quarter in 2014 means 2014 GDP will be 1.5% at best!