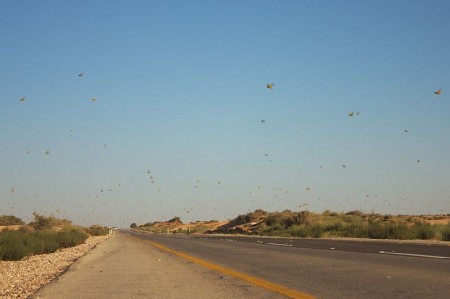 The worst grasshopper infestation in 20 years has become so thick around Albuquerque, N.M., that the airborne bugs are showing up on weather radar, officials said today.

The National Weather Service said the air is so dense with the bugs that they appear on its radar like rain.

“We have actually been noticing the insects on radar since about Memorial Day,” said NWS spokesman David Craft. “We have noticed the greatest impact on the radar during the evening, but they are noticeable at other times of the day, too.”