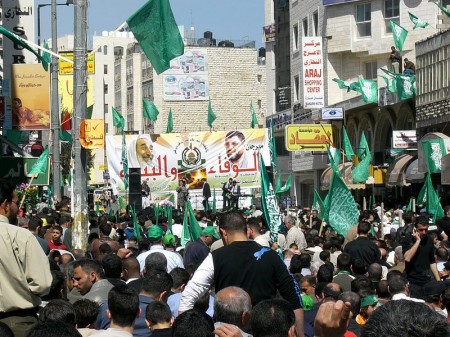 The United States said on Monday it plans to work with and fund the new Palestinian unity government formed after an agreement by the Fatah and Hamas factions, and Israel immediately voiced its disappointment with the U.S. decision.

Palestinian President Mahmoud Abbas swore in a unity government on Monday in a reconciliation deal with Hamas Islamists, who advocate Israel’s destruction.