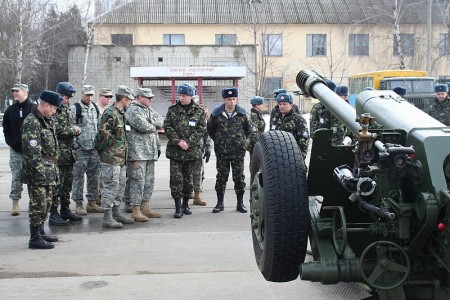 At least two Ukrainian troops have been killed Tuesday amid an ongoing assault against pro-Russian rebels in the eastern city of Slovyansk, according to a spokesman for the country’s anti-terror operation.

Vladyslav Seleznev told Fox News that 40 Ukrainian troops and dozens of rebels have also been injured in the clashes.

Ukraine’s interior minister, Arsen Avakov, said Tuesday that government troops broke through rebel positions around the village of Semenovka on the eastern fringe of Slovyansk. “An active offensive stage of the counterterrorist operation is underway in Slovyansk,” he wrote on his Facebook page.