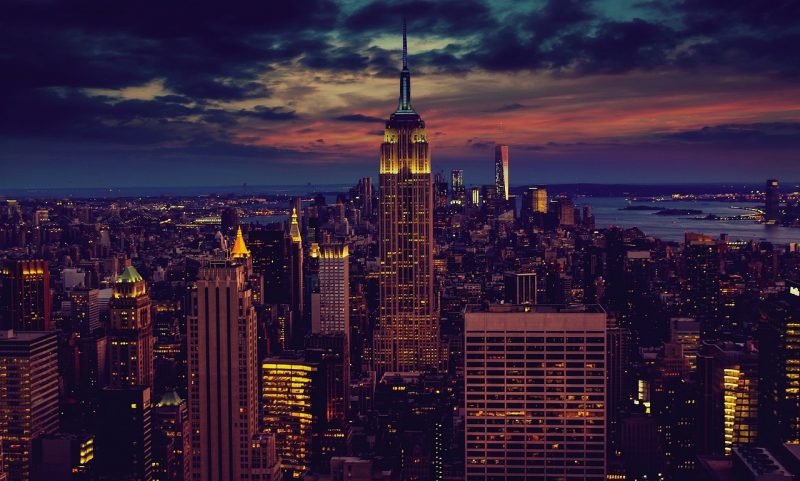 Food has become a prime target for thieves, and that should deeply alarm all of us.  Once upon a time, shoplifting was a minor nuisance for most retailers in the United States.  But today the game has completely changed.  Highly organized gangs of thieves are systematically looting stores all over the country, and this is costing retailers billions upon billions of dollars.  Authorities call it “organized retail crime”, but I call it complete and utter lawlessness.  When you have large groups of people storming retail stores all over the nation on a regular basis, that is a major crisis.

Originally, a lot of these gangs were primarily targeting goods that could be resold on the Internet very easily.  But now a lot of grocery stores are being targeted, and food is being stolen on a scale that we have never seen before.

In New York City, things have gotten so bad that some stores are thinking of implementing dramatic measures.  The following comes from a Fox News article entitled “NYC grocery stores consider locking up food due to rampant theft; workers are ‘traumatized'”…

Shampoo, toothpaste, and razor blades are all items that grocery stores have increasingly started locking behind counters. Soon, that list might include food.

“People have no fear of coming to your store and stealing,” said Nelson Eusebio of the National Supermarket Association.

“Our employees are terrified,” Eusebio continued. “We have young people that come to work, young cashiers who work part-time, these kids are 16-17 years old. They’re traumatized.”

When I first started warning that we are becoming a “Mad Max society”, a lot of people thought that I was exaggerating.

Sadly, the breakdown of law and order just continues to accelerate in many of our largest cities.  In fact, it is being reported that grand larcenies “were up 80% in New York City last year”…

New York City Mayor Eric Adams has made a point of combating the repeat offenses. “Criminals believe our criminal justice system is a joke,” Adams said in comments referring to a serial intruder who was arrested and released 26 times. “Those arrested for grand larceny go to court, get released and on their way home from court, they’re doing another grand larceny.”

According to the New York Police Department, grand larcenies, thefts of over $1,000, were up 80% in New York City last year.

Only an 80 percent increase?

Yes, that sounds perfectly “normal” to me.

In other areas of the country, shortages are the big news right now.

I never imagined that Costco would totally run out of eggs in early 2023, but this has actually happened at many of their stores.

This Costco is now completely sold out of eggs.🚨

Part of this is avian flu and reduced numbers production.

As I discussed yesterday, bird flu is one of the factors that is causing supplies of eggs to get tighter.

But as the farmer in this video explains, it is certainly not the only factor.

The real reason for the egg shortage is NOT avian flu.

So the Federal Reserve can hike rates to the moon, but food prices are still going to remain ridiculously high.

However, higher rates will crush many other areas of the economy, and some of the biggest names in the corporate world are now conducting mass layoffs…

While white collar workers were less affected by the COVID-19 pandemic lock-downs than their blue collar counterparts, many jobs were simply done remote instead of being cut, professionals are now bearing the brunt of the economic headwinds America faces.

When are people going to finally understand that we have a major league crisis on our hands?

When Goldman Sachs lays off large numbers of workers, that is a red flag.

When Morgan Stanley lays off large numbers of workers, that is a red flag.

When Amazon lays off large numbers of workers, that is a red flag.

As they used to say in the 1980s, it is time to wake up and smell the coffee.

The global economy is just one more knock away from a second recession in the same decade, something that hasn’t happened in more than 80 years.

That’s the latest warning from the World Bank, which on Tuesday sharply lowered its forecast for global economic growth.

So if you think that organized retail theft is bad now, just wait until you see what is ahead.

The social deterioration that we have been witnessing over the past several years will soon accelerate significantly, and that is really bad news for all of us.

Many retail stores on both coasts have already closed due to the epidemic of theft that we are experiencing, and a whole lot more will soon be permanently shut down.

We really are in the process of becoming a “Mad Max society”, and we only have ourselves to blame.