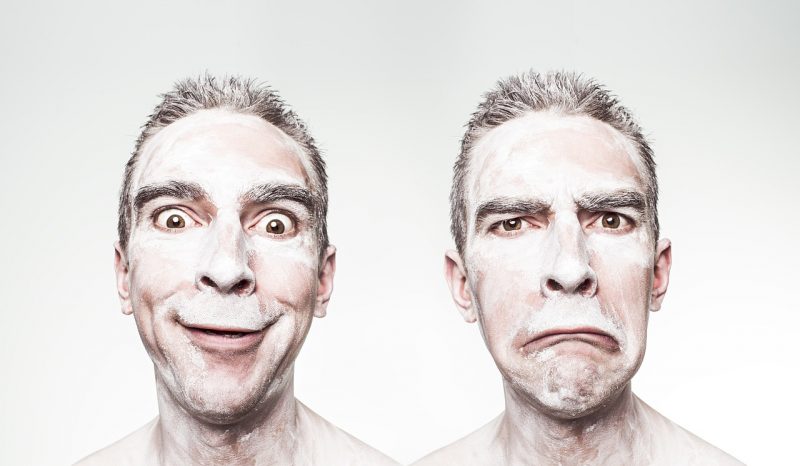 Have you noticed that people seem to be going completely nuts all around us?  Of course there have always been a few people with mental health issues in our society, but these days it seems like some sort of a collective insanity has descended upon our entire nation.  I was curious, and so I decided to look up the dictionary definition of “insanity”.  According to Merriam-Webster, the top definition is “a severely disordered state of the mind usually occurring as a specific disorder”.  When I read that, I thought that “a severely disordered state of the mind” sounds just about right.  Front the White House all the way down, we are witnessing things that we have never seen before.  Vast numbers of people in our society can’t seem to think straight, and that is a major problem.

One of the biggest reasons why many of us can’t seem to think straight is because we are on so many pills.

And one of the biggest reasons why we are on so many pills is because we are so deeply depressed.

According to a study that was conducted by researchers in New York, an alarmingly high percentage of our young people are willing to admit to “having depression” within the past 12 months…

Study authors say that in 2020, nearly one in 10 Americans reported having depression over the prior 12 months. Almost one in five adolescents or young adults reported the same.

But those are actually old numbers.

It turns out that the pandemic made our depression epidemic a whole lot worse.

Almost a quarter of all young adults received mental health care treatment last year, according to recently released data from the Centers for Disease Control and Prevention (CDC).

Those numbers are not just young people that say that they are depressed or that they struggle with mental health issues.

To qualify, you actually had to have received mental health treatment within the past year.

During the years from 18 to 44 you are supposed to be in your prime.

So what do these numbers say about our society?

Of course when people seek treatment for mental health issues, they are often put on mind-altering pills, and one study found that almost 65 million Americans are taking mental health medications right now…

According to the study from QuoteWizard, nearly 65 million Americans — 1 in 5 people — are currently taking prescribed mental health medications.

The study also shows 18 states saw at least a 10% to 20% increase in people taking prescription mental health medication during the pandemic.

65 million Americans are popping mind-altering pills on a daily basis.

This is a raging national crisis, but very few people are talking about it.

Needless to say, having tens of millions of Americans simultaneously taking mind-altering drugs is a recipe for disaster.

Everywhere around us people are behaving very irrationally, and that even includes senior citizens.

In this sort of an environment, you want to be careful what you say in public, because you never know when someone is going to get extremely violent.

For example, a man in North Dakota just ran over an 18-year-old kid because he thought that the kid was a dangerous “Republican extremist” that was “coming to get him”…

A community is mourning the loss of an 18-year-old man from Grace City, North Dakota, as investigators look into what led up to a deadly crash. Foster County Deputies were called to a hit-and-run that happened in an alleyway near Johnston Street and Jones Avenue in McHenry, ND.

Court documents say at 2:35 Sunday morning, 41-year-old Shannon Brandt called 911 to report that he had hit a pedestrian because he was threatening him. Brandt told State Radio that the pedestrian was part of a Republican extremist group and that he was afraid they were “coming to get him.” The pedestrian has been identified in a GoFundMe page as 18-year-old Cayler Ellingson.

If you look at a photo of the guy who ran over the kid, he looks like he just escaped from the looney bin.

But he is far from alone.  According to a brand new poll, a whopping 73 percent of all Democrats actually believe that “there are tens of millions of dangerous MAGA Republicans backing violence and trying to overthrow the constitution”…

Just this week, a Harvard CAPS-Harris Poll found that the dehumanization campaign launched by Biden and the corporate media has resulted in 73 percent of Democrats living with the insane belief that “there are tens of millions of dangerous MAGA Republicans backing violence and trying to overthrow the constitution.”

You can thank Joe Biden for that.

Of course there are lots of really crazy people all across the political spectrum these days.  I have personally talked to countless individuals that have completely and totally lost touch with reality, and that is extremely frightening.

How can you appeal to someone using logic and reason if they simply cannot think rationally any longer?

If we could at least get everyone off the mind-altering pills, that would greatly help matters.

But that is never going to happen.

In fact, the number of people on mind-altering medications just keeps going up year after year.

It is a multi-billion dollar business, and the goal is to keep people on these drugs for as long as possible.

At this point, even many of our top leaders in Washington can’t seem to think straight, and that includes the guy currently residing in the White House.

Every major decision that they make seems to make our problems even worse, and if we stay on the path that we are currently on our future looks exceedingly bleak.

Sadly, there are tens of millions of Americans that cannot even think rationally about what is going on in Washington right now because they have been drugged out of their minds.

The big pharmaceutical companies seem to have a pill for just about everything, but the truth is that these pills are systematically destroying us.

And with each passing year our mental health crisis gets even worse.

We desperately need help, but at this point there isn’t much hope on the horizon.