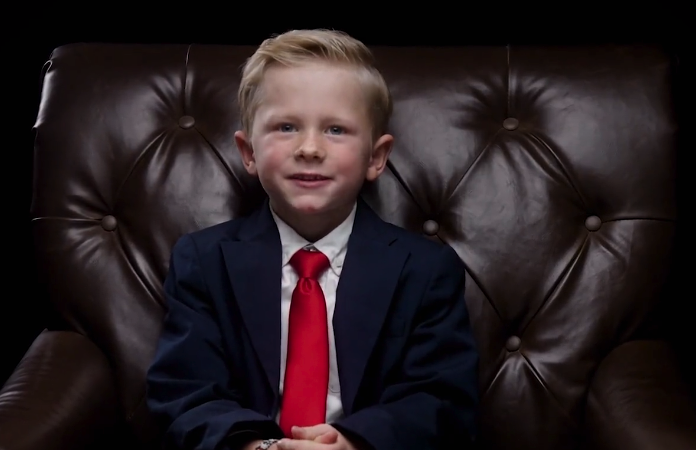 At times like these, it helps to smile.  As if we hadn’t already gone through enough in 2022, now a “once in a generation” winter storm is ripping across the country.  Thousands of flights have been cancelled, and “the coldest air in decades” is pouring into the Midwest.  This is truly a very bitter end to a very bitter year.  I wish that I could tell you that 2023 will be better, but that wouldn’t be the truth.  The consequences of literally decades of incredibly bad decisions are now catching up with us all at once, and so there will be a lot of pain in the year ahead.  But for the moment, let’s take a break from all of the troubling things that are happening and look back at some of the tweets that made us smile in 2022…

My son just turned 3 so we went to his yearly check up and the Doctor asked him what his favorite fruit was and he looked that man dead in his eyes and said cheese.

now this is cinema pic.twitter.com/PAcVTgeeQ2

What made this morning’s trip to the bathroom interesting is that I don’t actually own a cat. pic.twitter.com/m3Ikekwvuj

4,000 years later & we’re back to the same language 🐸 pic.twitter.com/4mFWG4IRGE

What do you think will happen when everyone using Zelle, Cash App, Venmo, etc. start getting 1099’s next year? pic.twitter.com/AGONK6tAtq

One of my greatest joys in life is when Jeff calls the vet to make an appointment and they ask for his name, and he says, Jeff. Then, they ask for our cat’s name, and I watch him gather his strength before he tells them, Baby Jeff.

why does this building look like a guilty dog pic.twitter.com/hICrgLQJvl

This is who got a standing ovation and a $47B check from Congress yesterday pic.twitter.com/JpmUyMoPjU

I took the kids out for the day so my husband could relax and apparently my husband’s interpretation of relaxing is relaxing and not doing 16 loads of laundry.

Fun fact: Wikipedia has 10 times as much money as it needs. Very little of that goes towards improving the encyclopedia itself, and NOTHING to the authors. Their panhandling is purely a grift for supporting the ever growing parasitic Wikimedia Foundation pic.twitter.com/r8ngK9Nw4o

this guy faked drowning to see his cat’s reaction and it went exactly as expected pic.twitter.com/p8XAzD9T7Z

If he was only looking
He would see his light wasn’t green.

All of the other reindeer
Have heard of this old tale

But it’s too late for Rudolph
Who’s sitting in the county jail🎵 pic.twitter.com/E070iaXd0W

For a split second I thought something had gone terribly, biblically wrong with my cat pic.twitter.com/YQWONLs0hm

Latest sketch from The Babylon Bee – Ex-Californians Having Trouble Adjusting to Life in Texaspic.twitter.com/bPi4xsOkfg