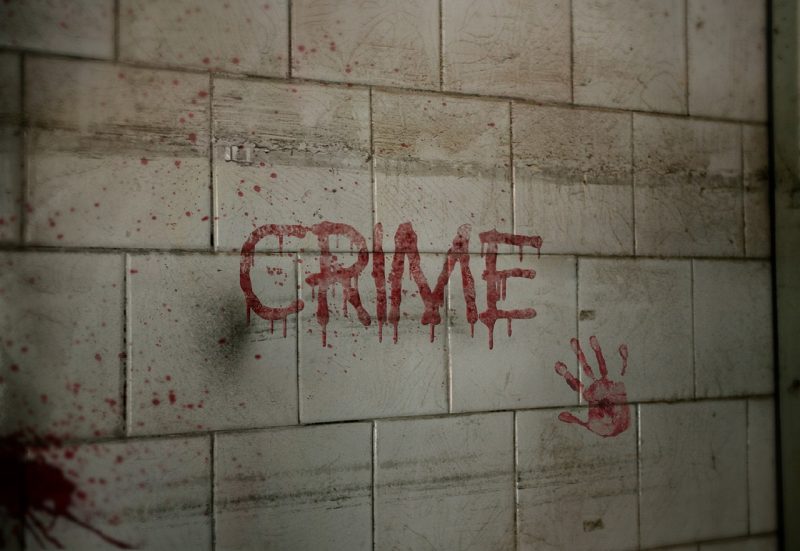 Once upon a time, our major cities were highly civilized places that were filled with highly civilized people.  In fact, there was a time when even our largest cities were sparkling clean and people dressed up in their best clothes would leisurely stroll through downtown areas without being concerned that they might be suddenly attacked.  But now everything has changed.  Crime rates are surging all over the nation, open air drug markets have become commonplace in many communities, an epidemic of homelessness is rapidly growing from coast to coast, and there are countless predators that fearlessly roam the streets searching for their next victims.  It doesn’t take a genius to figure out why so many Americans have been fleeing our urban areas in recent years.  Our once great cities are degenerating into crime-infested hellholes, and it is getting worse with each passing day.

Let me give you an example.  In New York City, armed moped thieves are now brazenly terrorizing random citizens and robbing them in broad daylight…

New York City has been hit by spate of recent thefts by armed moped thieves who aggressively drive up onto city sidewalks and attack unsuspecting victims.

Three of the most recent attacks happened over the weekend where thieves ripped a $12,000 Rolex watch from a man’s arm while he was walking in Chelsea and the very next day, two women walking near the Guggenheim Museum on the Upper East Side fought off thieves on a moped who tried to snatch their jewelry.

A third attack happened in Inwood. In all three, the thieves on bikes jump the sidewalks, reach out at their unsuspecting victims and attempt to rob them.

This is the sort of thing that normally happens in third world countries.

Now it is happening here.

On the west coast, things are getting really crazy too.

The number of homicides in Hollywood has doubled this year, and Los Angeles Police Department Captain Ray Valois is also extremely concerned about the huge spike in armed robberies that his department has been seeing…

“You’ll have a victim walking back to their car, maybe from a night out, and a suspect will come up behind them with a gun and say, ‘Give me all your money.’ Those are the ones that concern me the most and those are what I believe we had a spike in,” Capt. Valois said.

Capt. Valois says it’s important for Angelenos and visitors to be aware of street lighting, especially at night.

Actually, I don’t think that is very wise advice.

If you choose to go out in the Hollywood area at night in 2022, you are literally putting your life on the line.

Farther north, one of the biggest problems in San Francisco these days is the hordes of homeless people that seem to grow with each passing month.

Many of them are drug addicts, and way too often those addicts can be found passed out or defecating on the streets of one of the wealthiest cities in the entire world…

Rows of tents were pictured lined up outside businesses with people’s belongings strewn across the sidewalk.

Homeless individuals, some of whom were struggling with clear physical ailments as well as drug and alcohol addiction, sat in the street right outside entrances to residential properties and small businesses struggling to bounce back after highly restrictive COVID laws forced them to close, destroying revenues.

Some images depicted addicts openly smoking illegal drugs on the sidewalk and passing out on the asphalt in the middle of the day.

It wasn’t always this way.  Once upon a time, Portland was one of the most beautiful and most peaceful cities in the entire country.

But now there are times when the streets of Portland literally resemble a war zone.  The following example happened just this past Sunday night…

At one of the street racing takeovers on Sunday night near the Expo Center attended by hundreds, an elderly man in a van appeared to be caught in the road before being violently attacked by an armed mob. Video posted on social media shows that as he desperately attempted to reverse and drive away while being attacked, he backed into a car.

A man in the crowd then fires at least 18 rounds at his fleeing van. A follow-up video shows the crowd catching up with the elderly man who had stopped on a patch of grass. He appeared to be in shock and was bleeding heavily.

Lastly, let me talk about Baltimore a bit.

In the old days, I would visit Baltimore quite often.

It was scary in those times, and things have gotten significantly worse since then.

When I read about what just happened to an Apple TV+ show that features Natalie Portman in a leading role, I just had to smile…

The Apple TV+ show “Lady in the Lake” was filming in downtown Baltimore when two local hoodlums claimed that the Hollywood crew were on their turf and needed to pay up. The drug dealers forced the production to shut down around 4 pm but said they could resume working for a fee of $50,000.

The pair brandished a firearm and reportedly pointed it at members of the crew. After they delivered their ultimatum, the two left and said they would return a few hours later for the production’s response.

Baltimore police confirmed to The Baltimore Banner that the two men who made the threats were local drug dealers and were serious.

The moral of the story is that you should never, ever film a television show in Baltimore.

In fact, unless you are a drug dealer, a crime lord or an extremely corrupt politician that is in league with the first two groups you should probably avoid the city completely.

Of course the entire country is going downhill really fast.  Our culture is systematically degenerating right in front of our eyes, and a society with a degenerate culture will inevitably collapse.

If we do not rescue our culture, there is no future for America.

I wish that more people would realize this, because time to turn things around is rapidly slipping away.