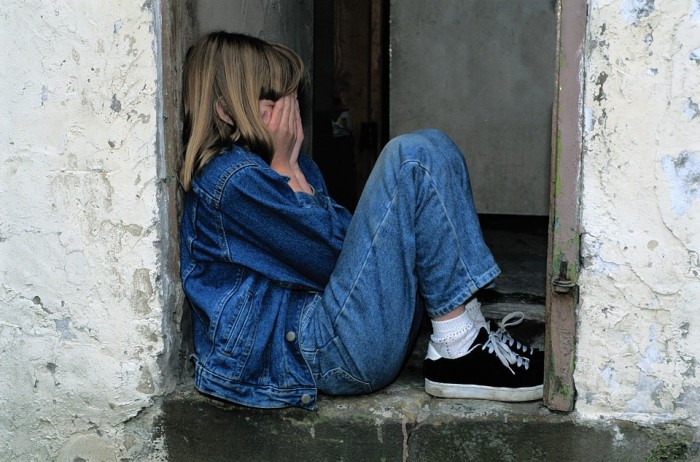 Could you imagine spending the holidays in a homeless shelter, in a tent city surrounded by drug addicts and prostitutes, or in a sleeping bag on the cold, hard streets of an urban jungle? Unfortunately, that is what real life looks like for an increasing number of Americans. Most of the time when we think of “homeless people”, the image that comes into our minds is one of a grizzled old man asking for some spare change, but the truth is that vast numbers of women and children in our country do not have anywhere to live. In fact, Poverty USA has reported that last year a grand total 1.6 million U.S. children stayed either in a homeless shelter or in some other form of emergency housing. And you never hear the mainstream media report this number, but the truth is that the number of homeless children in the United States has risen by 60 percent since the “end” of the last recession. For the moment the wealthy are getting wealthier, but meanwhile things have just continued to get harder and harder for those that are struggling to survive in this economy.

In Wal-Mart parking lots and campgrounds all over America tonight, you will find formerly middle class families that are living in cars, trucks and recreational vehicles during this holiday season. Most of them will never complain and will try to put on a happy face outwardly, but inside the worry and fear are eating them alive.

As the weather gets cold, many homeless Americans head for warmer climates, and this is one of the factors that is fueling the unprecedented homelessness crisis in Los Angeles. The following comes from L.A. Weekly…

By nearly every metric, Los Angeles has the worst homelessness crisis of any city in America. According to the U.S. Department of Housing and Urban Development, there are more people suffering from chronic homelessness in L.A. than anywhere in the country, and their number is growing at a faster clip than those in New York City.

One homeless man in Los Angeles has decided to do what he can to make the best of his circumstances. He has transformed a depressingly bleak area underneath a freeway underpass into his own “personal paradise”…

A homeless man who turned a freeway underpass into his personal paradise by furnishing it with a make-shift jacuzzi and four-poster bed has become a viral hit and unlikely tourist attraction.

Ceola Waddell Jr, 59, began living in the underpass in L.A.’s 110 freeway near Coliseum six months ago.

He has since foraged two porcelain toilets, discarded refrigerators, couches and two beds to transform the space into his personal refuge.

You can’t help but smile when you read what Mr. Waddell has done, but the truth is that the homelessness crisis in the state is rapidly getting way out of control. In fact, Los Angeles is swamped by so many homeless people at this point that the L.A. City Council has asked California Governor Jerry Brown to officially declare a state of emergency.

On the east coast things are getting really, really bad as well.

You may find this hard to believe, but the number of homeless people in New York City has never been higher…

The number of homeless people living in New York City has reached a record-high.

The Department of Homeless Services reported there were 60,252, up 200 in two weeks.

Now, some are saying the city’s current plan to combat homelessness isn’t working.

The stock market is at an all-time high and the mainstream media keeps telling us that things are getting better, and yet poverty just continues to rise.

Other than the very wealthy, the truth is that things are not getting any better for virtually everyone else. In fact, it has been reported that over half of all New Yorkers “are teetering on the brink of homelessness”…

More than half of all New Yorkers are teetering on the brink of homelessness — without enough cash in the bank to cover them in the event of a disaster or lost job, a troubling new study has found.

Nearly 60 percent of all New Yorkers don’t have enough emergency savings to cover at least three months’ worth of household expenses like food, housing and rent, according to a recent report from the Association for Neighborhood & Housing Development.

This is one of the reasons why I am always encouraging my readers to build up their emergency funds. Sadly, the cold, hard reality of the matter is that most of the country is only a couple of paychecks away from losing everything.

To give you an idea of how deep the suffering can be this time of the year for those that have already lost it all, I want to share with you a story of a precious little dog named Ollie…

When Ollie was found, his fur was matted and so long you couldn’t see his adorable little eyes. He was clearly in need of dire help.

A woman and her sister saw Ollie outside her apartment, shivering in the freezing cold. They brought him in and quickly called the Michigan Humane Society to help take care of the dog.

Once Ollie was brought in, it was discovered just how sick he is. Had he not been rescued, he would have suffered a very painful death alone in the streets.

Very few people could come across a hurting dog like Ollie without helping him out, but what about the countless numbers of our fellow Americans that no longer have a warm home and will spend the night shivering in the cold?

Look, the truth is that you don’t have to have a whole lot of resources in order to make a difference. In Tennessee, there is a group of elderly women that refer to themselves as “the bag ladies” that are turning old plastic bags into sleeping mats for the homeless…

It all starts with cutting plastic bags into strips, tying those strips together, and rolling them into a ball.

The Bag Ladies call it “plarn,” instead of yarn. They then crochet the “plarn” into mats.

“This is not young ladies doing this. This is older ladies with the arthritis,” said Akin.

How marvelous is that?

A single act of kindness can make a world of difference.

I would encourage all of us to think about what we can do to make a difference for those that are deeply hurting this time of the year.

2 thoughts on “Homeless For The Holidays”