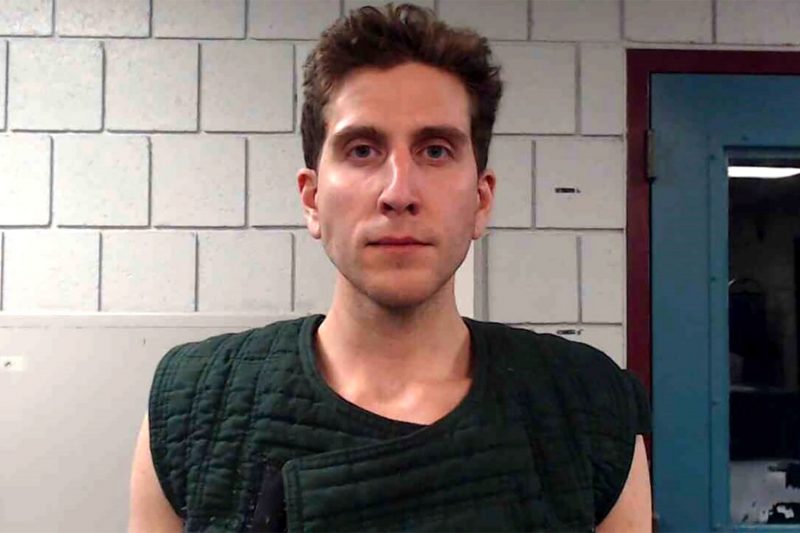 One homicidal lunatic has been caught, but there are countless other homicidal lunatics that are still roaming our streets.  28-year-old Bryan Kohberger has been charged with murdering Kaylee Goncalves, Madison Mogen, Xana Kernodle and Ethan Chapin in the early morning hours of November 13th.  The murders were truly horrifying, and for weeks there was a tremendous amount of concern that the murderer would strike again.  Now the mystery is finally over, but the truth is that Bryan Kohberger is not an isolated case.  There are hordes of others just like him, and I believe that he is a metaphor for what is happening to our society as a whole.

Before any of this happened, at first glance you may have been tempted to think that Bryan Kohberger was just a regular guy.

But his eyes tell the real story.

When you look into his eyes you can quickly tell that something is just not right.

I have read several news stories that stress how “intelligent” Kohberger is, but just because someone is “intelligent” does not mean that they are sane.

And in the aftermath of his arrest in Pennsylvania, Kohberger made it exceedingly clear that he is not sane at all…

Suspected Idaho murderer Bryan Kohberger spends his days ranting and singing lyrics from violent rap songs inside the Pennsylvania jail where he is being held.

And several times the man accused of killing four University of Idaho students tried to expose himself to a female inmate who was held in a cell close to him.

Apparently he was screaming lyrics from songs by Lil Wayne and Bad Bunny while in his prison cell, and that means that he has those songs memorized.

Like so many other young Americans, Kohberger has had his mind poisoned by all of the “entertainment” that he has been absorbing over the years.

When you put garbage in, you are going to get garbage out.

And after absorbing thousands upon thousands of hours of pure mental garbage, it is inevitable that many of our young people are going to lash out in violent and unpredictable ways.

Now that inmate, 50-year-old Valerie Cipollina, has revealed exclusively to DailyMail.com how Kohberger taunted guards, saying they were too scared to go in his cell.

‘I cut them, I’ll cut you,’ Kohberger yelled repeatedly, said Cipollina, who was held at the Monroe County Jail for six hours on a New Year’s domestic violence charge.

‘You come in here and I’ll cut you,’ Kohberger allegedly yelled at one guard. ‘I’m going to pee on your face. Do what you want with me, I don’t give a s**t.’

If he had been raised and educated in a completely different environment, Kohberger may have turned out very differently.

Unfortunately, he was raised and educated in the United States at at time in history when the social fabric of our society is coming apart all around us.

It should come as a surprise to nobody that Kohberger is a product of our rapidly deteriorating system of public education.  In fact, he has degrees from two different colleges in Pennsylvania.

While at DeSales University, he actually studied under “a renowned expert in serial killers”…

At DeSales, Kohberger was a student of forensic psychology Professor Katherine Ramsland, a renowned expert in serial killers who has authored dozens of books and served as a television crime commentator.

Many have speculated that drugs could have been involved in the crime.

We do know that Kohberger had “a heroin addiction in his late teens”, but we don’t know if he is still an addict at this point.

Sadly, it seems like almost everyone is on either legal or illegal drugs these days.

Earlier today, I was stunned as I listened to a homeless woman in Portland being interviewed.  She said that it is a “piece of cake” to be a homeless addict in Portland because she gets three free meals a day and so she can spend the rest of her time either sleeping or getting high.

“It’s a piece of cake…you get three meals a day and don’t have to do shit…wake up, eat get high, wake up eat get high” repeat. A homeless woman shared with me why it’s so easy to be homeless. She was brutally honest because she hates the enablement “They are loving us to death” pic.twitter.com/HxRUoSFFFu

The United States is facing the biggest drug crisis that it has ever experienced right now, and it just keeps getting worse year after year.

We are also dealing with a colossal mental health crisis, and Bryan Kohberger is a perfect example.

When his case goes to trial, I wouldn’t be surprised at all if he tries to invoke an insanity defense.

He is definitely not all there, and now we have learned that he was actually participating in a number of Facebook groups that were actively trying to solve the murders…

One such post on Twitter reveals that Kohberger was reportedly active on multiple Idaho murders Facebook groups and shared his theories there. The tweet reads, “The whole time Bryan Kohberger had infiltrated the Idaho Murder FB groups, talking with all of us pretending to be a concerned citizen. Here is him telling in his own words what he ‘thinks’ really happened aka admitting to what he did allegedly.” In the YouTube video attached to the tweet, Kohberger allegedly reveals several gruesome details about his own murder detailing how the suspect would have stabbed the victims and left the scene in a hurry because of the “scream.”

How twisted do you have to be to do something like that?

Of course there are similarly twisted people that are roaming the halls of power all over this nation every single day.

But instead of just killing a few people, the homicidal maniacs that roam our halls of power delight in finding ways to kill vast numbers of people.

The blood of the innocent is crying out for justice, but our leaders are very proud of what they have done.

As I have warned so many times before, if we continue to go down this road there is no future for our country.

So let us be glad that Bryan Kohberger is finally behind bars.

But there are countless others just like him in our boardrooms, in our medical facilities and in important positions of governmental authority all over America.