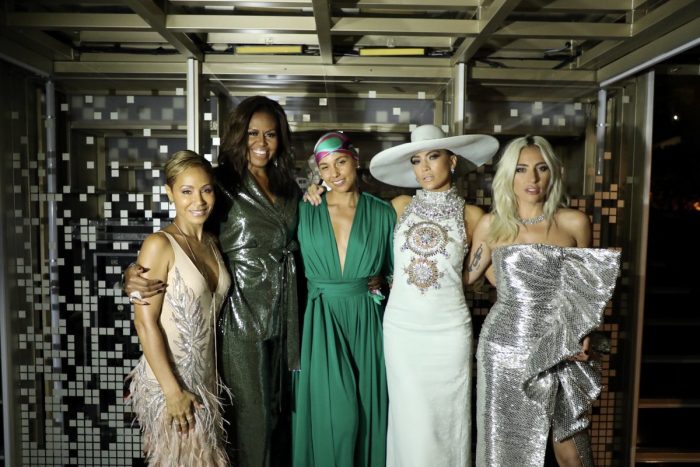 When she made a surprise appearance at the Grammy Awards on Sunday night, the entire auditorium went into a “spontaneous shrieking hysterical meltdown” when she began to speak.  She is the most admired woman in America by a very wide margin, and she is married to the most admired man in America.  She released her critically-acclaimed memoir “Becoming” in November, and here we are in February and it is still the best selling book on Amazon.  Her national book tour has been filling sports stadiums all over the nation, and Democrats all across America are buzzing about the possibility that Michelle Obama could run for president in 2020.

But she has always insisted that she will never do it.  In fact, she has made statements like this one time after time…

So that is the end of the matter, right?

Unfortunately, in politics you can never trust what people say, and it is much more important to watch what they do.

In recent months, Michelle Obama has been put center stage time after time while her husband has faded into the background.  Suddenly, Michelle Obama seems like she is the biggest rock star in America, and there are only two reasons why this would be happening.

Either she wants to capitalize on her fame and make as much money as possible, or she is secretly plotting to run for president of the United States.

And it is entirely possible that she won’t run.  Ultimately, all of the motivational pablum in her book and her national tour could be setting the stage for her to become the next Oprah.  She definitely doesn’t seem content to drift quietly into retirement, and it is quite clear that she wants to do something.

Without a doubt, a career in television would be appealing, but my gut tells me that she has her eyes on an even bigger prize.

I have a feeling that events are being carefully orchestrated for her to become the “reluctant hero” that will step in to save the day for the Democrats in 2020.  And judging by the reaction at the Grammy Awards last night, the left would get behind her in a heartbeat…

At last night’s Grammy Awards in Los Angeles, host Alicia Keys brought a quartet of very famous women onto the stage and introduced them one-by-one to the crowd.

But the fourth lady sent the whole place into spontaneous shrieking hysterical meltdown.

In fact, NBC News reported that she received a “hero’s welcome” and that she cut off the applause once it reached 25 seconds…

Many in the audience didn’t immediately seem to pick up on Obama’s appearance, but she was quickly interrupted when she began speaking, making it only as far as “From the Motown records I wore out on the South Side …” before the crowd stood and loudly cheered for 25 seconds.

“All right — we got a show to do,” she said as she tried to wave the audience to quiet down.

And let us not forget that Michelle Obama’s book is outselling every other political book in modern history, including all of the books written by her husband.  The following comes from CNN…

The inspirational memoir by the former first lady has been on sale for more than two months, yet it is still No. 1 on Amazon’s constantly updated list of best-selling books.

Amazon said “Becoming” enjoyed the longest streak at No. 1 for any book since “Fifty Shades of Grey” came out in 2012.

No political tome or public figure’s memoir has ranked No. 1 for as long as “Becoming,” according to data the company provided to CNN Business.

I just checked, and “Becoming” is still number one right now.

That is an incredible achievement.

Even if Michelle Obama does not want to run for president, top Democrats may really start twisting her arm as we get deeper into this election season.  Because even though more than 20 Democrats may ultimately jump into the race, all of them are losers.

The one guy who has a little bit of buzz around him is Beto O’Rourke, and he thought that it would be a good idea to hold a rally on the border on the same day when Trump was holding one.  Well, only a few hundred people showed up for Beto, but tens of thousands showed up for Trump…

“There has never been anything like this in the history of our country. We have to understand that. There has never been. If you would say as an example, that tonight 69,000 people signed up to be here. Now the arena holds 8,000. And thank you, fire department. They got in about 10,000. Thank you, fire department. Appreciate it. But if you want to really see something, go outside. Tens of thousands of people are watching screens outside.

“And we were all challenged by a young man who lost an election to Ted Cruz. And then they said you know what? Hey, you are supposed to win in order to run. By the way, we, I, we, I’m 1 for 1. Think of it. We had one election. We won. Now we’re gonna be 2 for all and everything’s gonna be perfect. But a young man who has got very little going for himself except he has a great first name. He challenged us. So we have let’s say 35,000 people tonight. And he has 200 people, 300 people. Not too good.”

“What I would do is, I would say, that may be the end of this presidential bid.”

If you are going to win a presidential election, it really helps to be a rock star, and Trump is a rock star.

The Democrats need their own rock star, and the only one that fits the bill is Michelle Obama.

At this point, many Democrats deeply dislike Hillary Clinton, but they remember the Obama years very fondly.  When Barack Obama left office, he had a 59 percent approval rating, and that number is much higher than anything Trump has been able to achieve over the last year…

In late January, the Gallup poll ratings for President Trump were the exact inverse of Obama’s numbers — 59 percent disapproval and 37 percent approval.

If Michelle Obama decides to run, she will win the Democratic nomination.

And without a doubt, she would be Donald Trump’s toughest potential opponent in 2020 by a very wide margin.

But will she do it?

Only time will tell, but the calls for her to run are starting to become louder with each passing day.

About the author: Michael Snyder is a nationally-syndicated writer, media personality and political activist. He is the author of four books including Get Prepared Now, The Beginning Of The End and Living A Life That Really Matters.  His articles are originally published on The Economic Collapse Blog, End Of The American Dream and The Most Important News.  From there, his articles are republished on dozens of other prominent websites.  If you would like to republish his articles, please feel free to do so.  The more people that see this information the better, and we need to wake more people up while there is still time.