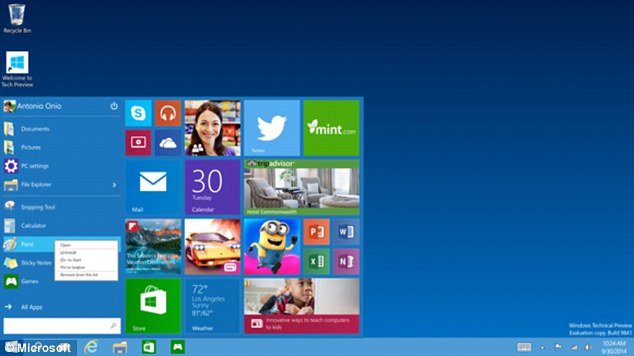 It’s estimated that more than 14 million devices are running Windows 10 after Microsoft rolled out its new operating system last week.

The move has angered watchdogs which say it is ‘bad news for privacy,’ but Microsoft says it does not collect data without users’ consent.