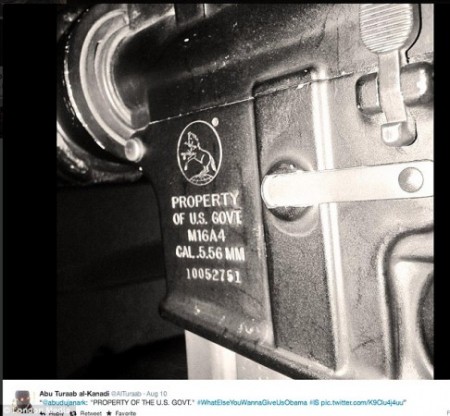 Islamic State fighters appear to be using captured US military issue arms and weapons supplied to moderate rebels in Syria by Saudi Arabia, according to a report published on Monday.

The study by the London-based small-arms research organisation Conflict Armament Research documented weapons seized by Kurdish forces from militants in Iraq and Syria over a 10-day period in July.

The report said the jihadists disposed of “significant quantities” of US-made small arms including M16 assault rifles and included photos showing the markings “Property of US Govt”.

It also found that anti-tank rockets used by IS in Syria were “identical to M79 rockets transferred by Saudi Arabia to forces operating under the Free Syrian Army umbrella in 2013″.