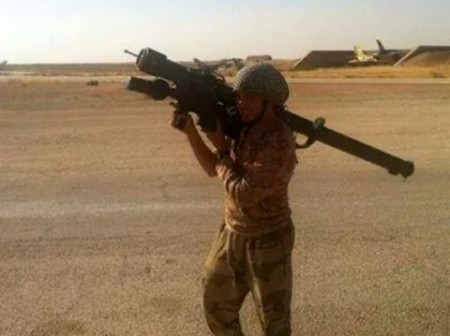 It is extremely unlikely that the militants have the manpower or the expertise to make use of the jets or the Sidewinder missiles. But the MANPADS pose dangers of their own.

SA-16 MANPADS are shoulder-mounted homing missiles that are relatively simple to use. A missile fired from an SA-16 can reach an aircraft flying as high as 16,000 feet. This would put low-flying aircraft and helicopters at risk of being targeted by the jihadists, raising additional challenges for carrying out airstrikes against ISIS.