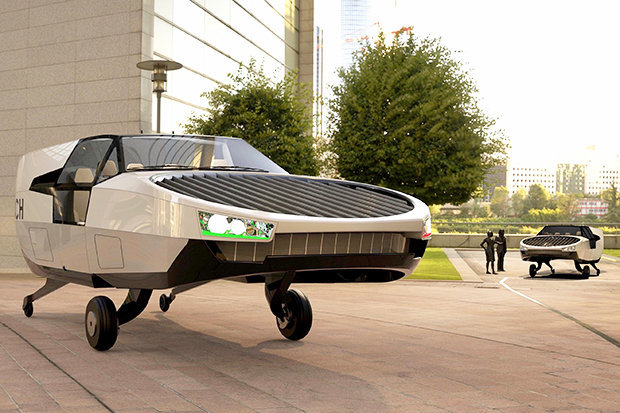 It has 1,000 horsepower with “genuine fly anywhere, land anywhere capability”.

An Aeronautics spokesman described the vehicle as “a true equivalent to a ground taxi or family sedan in both appearance and passenger capacity”.