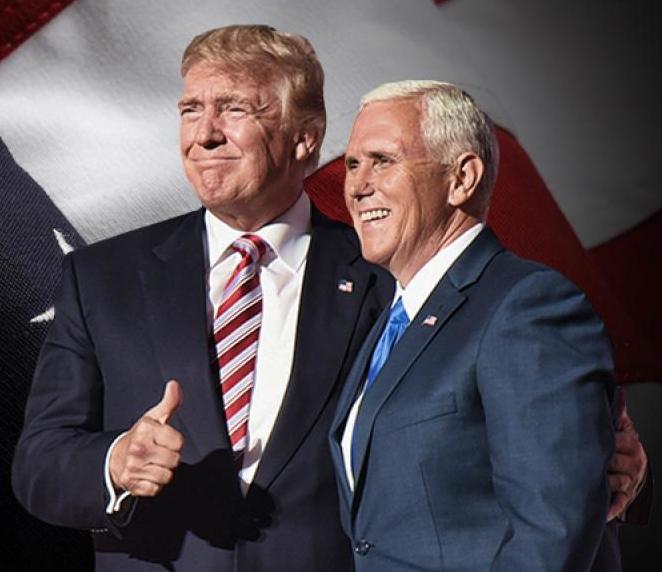 Donald Trump has already lost one of his electoral votes, and there are indications that a number of additional electors may be prepared to abandon him. Prior to the election, I warned my readers that we would not officially know who the next president would be until December 19th. On that Monday, the 538 members of the Electoral College will gather in their state capitals in all 50 states to formally elect the next president. Throughout U.S. history electors have voted according to the will of the people more than 99 percent of the time, but in 2016 there is a concerted effort to persuade Republican electors not to vote for Trump. If 37 Republican electors can be convinced to vote for someone other than Trump, that would keep Trump under the 270 vote threshold needed to win and it would throw the election into the House of Representatives. Most people had considered this to be a longshot, but on Monday a Republican elector named Christopher Suprun publicly announced in the New York Times that he will not cast his vote for Donald Trump. On the other side, there are at least 8 Democratic electors that have already publicly pledged to switch their votes from Hillary Clinton to a compromise Republican alternative to Trump.

So we already know that there will be quite a few “faithless electors” on December 19th. The question will be whether or not they are able to rally enough electors to their cause to deny Donald Trump the presidency.

What Christopher Suprun has chosen to do is really unprecedented in the history of modern American politics. Not only has he publicly announced that he is not voting for Trump, he is also attempting to convince other Republican electors to join him. He explained his reasoning for this move in his editorial for the New York Times…

Fifteen years ago, as a firefighter, I was part of the response to the Sept. 11 attacks against our nation. That attack and this year’s election may seem unrelated, but for me the relationship becomes clearer every day.

George W. Bush is an imperfect man, but he led us through the tragic days following the attacks. His leadership showed that America was a great nation. That was also the last time I remember the nation united. I watch Mr. Trump fail to unite America and drive a wedge between us.

Mr. Trump goes out of his way to attack the cast of “Saturday Night Live” for bias. He tweets day and night, but waited two days to offer sympathy to the Ohio State community after an attack there. He does not encourage civil discourse, but chooses to stoke fear and create outrage.

Of course this movement started long before Suprun made his surprise announcement. A group of eight Democratic “Hamilton electors” have been lobbying for Republican electors to reject Trump and join them in agreeing on a compromise Republican alternative for quite some time. And according to Politico, those associated with this group have been in active contact with the Clinton campaign…

Of course the Clinton team is desperate to do something to salvage this election. Clinton’s lead in the popular vote has now grown to more than 2.5 million, and it might end up around 3 million by the time all the votes have been counted.

There are Clinton advocates that are arguing that the American people clearly chose Hillary Clinton to be the next president and that therefore the Electoral College should choose to reject Trump on December 19th. But for Christopher Suprun the popular vote doesn’t really matter. To him, it is all about “the good of the country”. Here is more from his editorial in the New York Times…

The election of the next president is not yet a done deal. Electors of conscience can still do the right thing for the good of the country. Presidential electors have the legal right and a constitutional duty to vote their conscience. I believe electors should unify behind a Republican alternative, an honorable and qualified man or woman such as Gov. John Kasich of Ohio. I pray my fellow electors will do their job and join with me in discovering who that person should be.

Fifteen years ago, I swore an oath to defend my country and Constitution against all enemies, foreign and domestic. On Dec. 19, I will do it again.

It is very interesting that he brought up Ohio Governor John Kasich, because Politico is reporting that Kasich is precisely the compromise candidate that the “Hamilton electors” are pushing…

Kasich is increasingly seen as the most acceptable Republican alternative to electors on both sides of the aisle, according to multiple electors familiar with the conversations. They note that Kasich defeated Trump in Ohio’s primary, that the governor boasts a high approval rating in his state and that Kasich was reportedly under consideration to be Trump’s vice president before he selected Indiana Gov. Mike Pence.

Of course if it is only Christopher Suprun that switches his vote that isn’t going to make enough of a difference.

The “Hamilton electors” need a total of 37 Republican electors to switch their votes to deny Trump the presidency, and according to one report they already have 15…

In a sensational new development, TV host David Pakman says he was told by a high level source that 15 electors in states Trump won will refuse to vote for Donald Trump.

Pakman went on to say that the electors are also lobbying other members of the electoral college to not vote for Trump.

The goal is to prevent Trump from getting the 270 electoral votes he requires to become president.

If Trump loses 37 electoral votes, it will put him under the 270 benchmark and throw America into a constitutional crisis.

Of course the only “faithless” Republican elector that has come forward publicly is Christopher Suprun. So if there actually are 14 others we do not know their identities at this point.

So we are still in “the danger zone“, and Trump supporters cannot rest easy until he is officially in the White House.