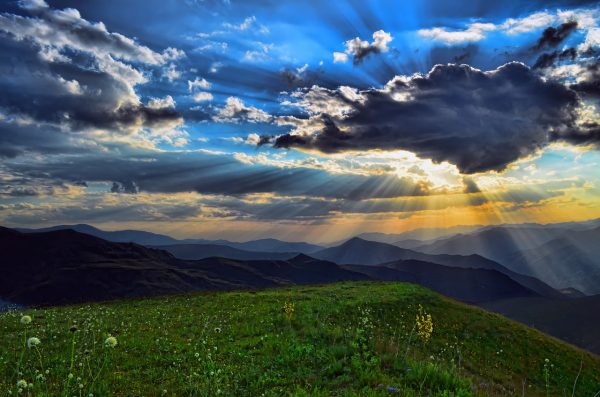 It is a very serious thing to claim that you have been visited by Jesus, and it should not be done lightly. Because if you are not telling the truth, that can have severe consequences. But if it is happening, the body of Messiah should be open to hearing what words of correction the King has for us in this hour. With all that being said, I would like to share with you something that Jeremiah Johnson recently released. Jeremiah is a well established minister that has been preaching the gospel for many years, and he has a very solid reputation. The following comes from the bio that he has posted on his official website…

Jeremiah Johnson received his God given name through a prophetic dream his mother had while he was in her womb. God said that he would be a prophetic messenger and dreamer to the nations, but great complications would mark his birth. Months later, Jeremiah was delivered dead in the delivery room with the umbilical cord wrapped around his neck. However, God intervened and the medical team was able to save both Jeremiah and his mother’s life.

Jeremiah was raised in a Charismatic environment where his father pastored a church outside of Indianapolis, IN for nearly 15 years. From the time he was 7 years old, Jeremiah began receiving regular prophetic encounters from dreams and visions at night, to sharing the word of the Lord as he matured in age. God pouring out His Spirit through miracles, prophecy, signs and wonders, and the five fold ministry were all part of the foundation and heritage that Jeremiah was privileged to be raised in as a child and youth.

Jeremiah graduated from Southeastern University in Lakeland, FL where he earned his bachelors degree in Church Ministries. He entered full time ministry at the age of 20 and has had the privilege of traveling and preaching the Gospel of Jesus Christ and prophesying in more than 15 foreign countries and 35 states.

In 2010, Jeremiah planted Heart of the Father Ministry in Lakeland, FL and currently serves on the Eldership Team full time. This community of believers has grown into a gathering of more than 350 saints hungry for revival, prayer, and a mighty harvest of souls. Along with pastoring and being one of the Elders at this growing church plant, Jeremiah also travels and ministers prophetically to leaders and churches all over the United States and abroad. He carries a prophetic message of encountering Jesus Christ and living a consecrated life unto God in more than 35 churches and conferences a year under his traveling ministry, “Jeremiah Johnson Ministries”.

So this isn’t just “some guy on the Internet”.

And he isn’t someone that claims that Jesus appears to him all the time.

In fact, Jeremiah says that the Lord Jesus has only appeared to him three times in his entire life…

I have recently had a series of prophetic encounters that led to the Lord Jesus Christ appearing to me for the third time in my life, clothed in white garments with fire in His eyes. The holy fear, trembling, awe and pure wonder totally consumed me and was the same experience I had with Him in the two encounters before. His sheer beauty is terrifying, and His presence takes your breath away. The light that radiates from His being is so pure that you become more aware of your great need of Him than ever before.

I will never forget our conversation in that specific encounter, and I believe I’m supposed to share it now publicly for the first time. I do not take lightly or treat these encounters haphazardly. Anyone who claims to have actually seen and interacted with our risen Lord needs to carry a serious fear of who He really is and an undeniable mandate on their life to make Him known. This is not a joke. It’s very weighty and does not involve vain imaginations.

When I initially read the following account, I felt that I should share this with all of you.

So here we go. This is what the Lord reportedly told Jeremiah Johnson during that encounter…

I am releasing apostolic and prophetic messengers who will trumpet my end-time judgments to the church and warn of the consequences of those who only know the Lamb of mercy and grace, but reject the Lion of judgment and wrath.

Many only know Me as the great intercessor, which I am, but I am also the coming King and judge. There is more than intercessory prayer. For I will teach My people in these last days how to pray kingly and judicial prayers. I will establish My government in the earth and make My enemies a footstool. I will rule and reign with an iron scepter.

Jeremiah, many will be offended at My return! They have created a god in their own likeness and image and will deny Me when I come with all My glory, power and splendor! You must warn the church of the scoffing spirit that will come, of the overemphasis of My goodness and never teaching on My severity, of never proclaiming and warning of My wrath and judgment that is here now and is yet to come.”

The look in the Lord Jesus Christ’s eyes as He said these words to me was so intense, yet so deeply grieved. He then asked me if He could entrust me with these words, and I said yes. When I did, He turned around and vanished from my bedroom.

Jeremiah says that he “shook for days” after the encounter, and I believe him, because that is the kind of thing that happens when one really encounters the King of Glory.

If this has touched your heart, pray over it, and consider sharing it with others. This is a very strong warning to the church, and it is one that definitely needs to be heard.