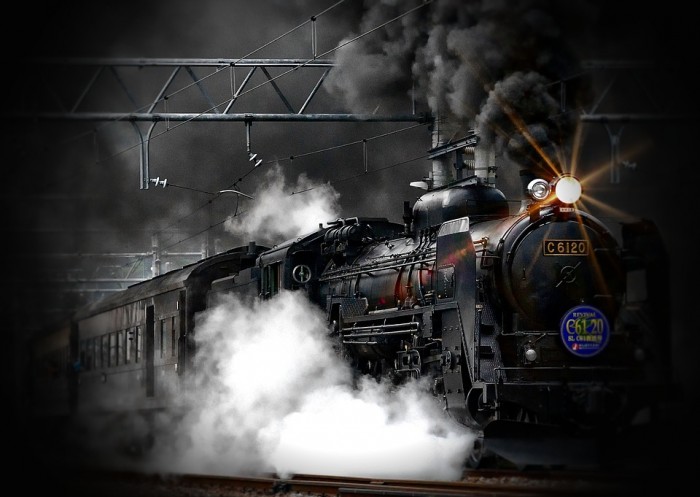 As we approach the end of 2015, researchers at both JP Morgan and Citigroup agree that the probability that the U.S. economy will soon plunge into recession is rising. Just last week, a member of the U.S. House of Representatives asked Janet Yellen about Citigroup’s assessment that there is a 65 percent chance that the United States will experience an economic recession in 2016. You can read her answer below. And just a few days ago, JP Morgan economists Michael Feroli, Daniel Silver, Jesse Edgerton, and Robert Mellman released a report in which they declared that “the probability of recession within three years” has risen to “an eye-catching 76%”…

“Our longer-run indicators, however, continue to suggest an elevated risk that the expansion is nearing its end, and our preferred model now puts the probability of recession within three years at an eye-catching 76%.”

The good news is that the economists at JP Morgan believe that a recession will probably not hit us within the next six months. But due to steadily weakening economic conditions, they are convinced that one is almost certain to strike within the next few years…

To be honest, I believe that this assessment is far too optimistic, and it appears that researchers at Citigroup agree with me. According to them, there is a 65 percent chance that the U.S. economy will plunge into recession by the end of next year. Last week, Janet Yellen was asked about this during testimony before Congress…

In testimony before Congress’ Joint Economic Committee, Yellen was asked by Rep. Pat Tiberi about a piece of research released by Citigroup’s rates strategy team Monday.

Specifically, Tiberi, an Ohio Republican, wanted to know what Yellen made of Citi’s conclusion that there is a 65 percent chance of a U.S. recession in 2016.

“The economists said that they would assign about a 65 percent likelihood of a recession in the United States in 2016. Now, 65 percent sounds high to me, but I’m not an economist and I’m not the Fed chair. But zero risk might be too low as well. So what would you assign a risk level of a recession next year?” Tiberi asked.

So how did Yellen respond?

Her answer was about what you would expect…

“I absolutely wouldn’t see it as anything approaching 65 percent,” the central banker said.

“The Federal Reserve is not currently forecasting a recession.”

Later on, when the official numbers finally came out and all the revisions were done, we learned that the U.S. economy was already in a recession when he made that statement.

And when it is all said and done this time around, I believe that history will show that a new global recession had already started when Janet Yellen made her statement.

But don’t just take my word for it. British banking giant HSBC is the largest bank in the western world, and they recently announced that the global economy has already entered a “dollar recession“. According to HSBC, total global trade has fallen 8.4 percent so far this year, and global GDP expressed in U.S. dollars is down 3.4 percent.

If their figures are correct, a new global recession has definitely begun.

And without a doubt, we have already seen a tremendous amount of global financial turmoil. This is something that I highlighted in my recent article entitled “27 Major Global Stocks Markets That Have Already Crashed By Double Digit Percentages In 2015“. When Zero Hedge republished my article, several excellent charts were added that really illustrate how bad things have gotten, and I wanted to share a couple of them with you. Of the 93 largest stock market indexes in the world, an astounding 47 of them (more than half) are down at least 10 percent year to date. This first chart shows which ones fall into that category… 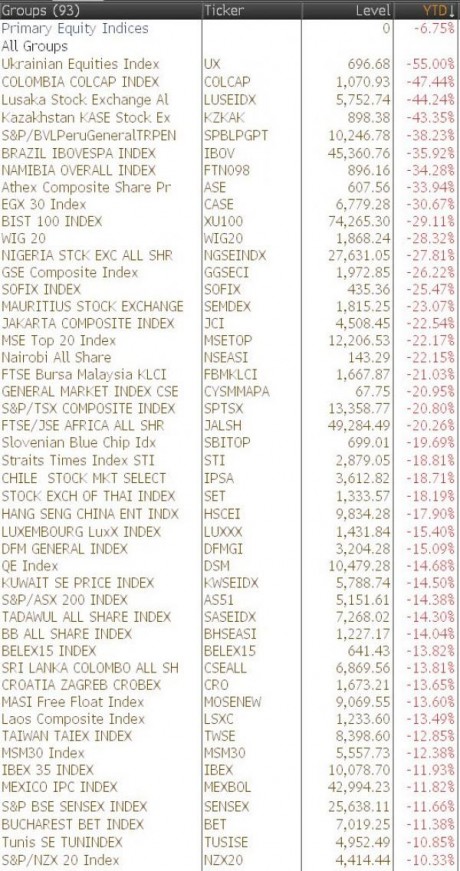 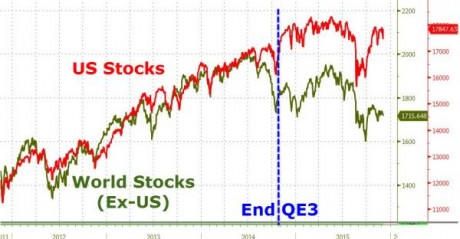 Since mid-2015, trillions of dollars of stock market wealth has been wiped out globally.

The debate is over. The “major financial collapse” that so many warned was imminent has actually happened.

It is just that U.S. stocks have not gotten the memo yet. Up to this point they have defied gravity, but at some point U.S. stocks and world stocks will converge once again.

And if you want to see many of the reasons why U.S. stocks will soon take a big tumble, just check out this article. There is no way that U.S. stocks will be able to defy the underlying economic fundamentals that are pummeling other global markets for much longer. Just like in 2008, a global stock market slide that starts elsewhere will eventually hit the United States. It is just a matter of time.

But once again, even though U.S. stocks are doing okay for the moment, that doesn’t negate the fact that more than half of all major global stock indexes are down by double digit percentages year to date.

We have not seen numbers like this since the great stock market crash of 2008, and it seems abundantly clear to me that the great financial shaking that so many warned was coming in 2015 is already happening.

And if JP Morgan and Citigroup are correct, what we have seen so far is just a preview of some very troubling times ahead.