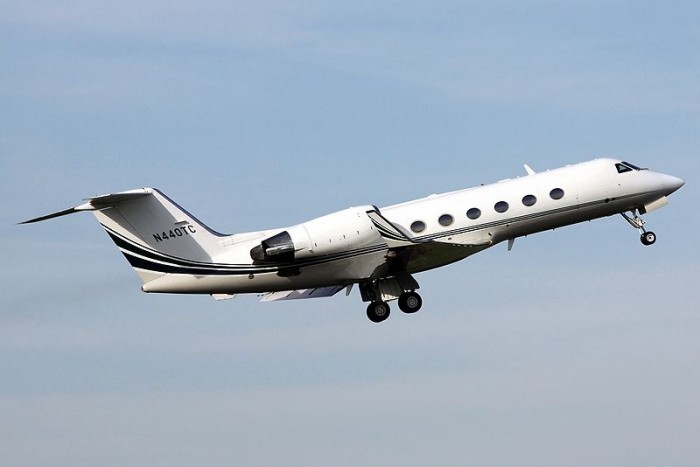 A lot of ultra-rich people are quietly preparing to “bug out” when the time comes. They are buying survival properties, they are buying farms in far away countries and they are buying deep underground bunkers. In fact, a prominent insider at the World Economic Forum in Davos, Switzerland says that “very powerful people are telling us they’re scared” and he shocked his audience when he revealed that he knows “hedge fund managers all over the world who are buying airstrips and farms in places like New Zealand”. So what do they know? Why are so many of the super wealthy suddenly preparing bug out locations? When the elite of the world start preparing for doomsday, that is a very troubling sign. And right now the elite appear to be quietly preparing for disaster like never before.

The insider that I mentioned above is named Robert Johnson. He is the president of the Institute of New Economic Thinking, and what he recently told a packed audience in Davos is making headlines all over the planet…

With growing inequality and the civil unrest from Ferguson and the Occupy protests fresh in people’s mind, the world’s super rich are already preparing for the consequences. At a packed session in Davos, former hedge fund director Robert Johnson revealed that worried hedge fund managers were already planning their escapes. “I know hedge fund managers all over the world who are buying airstrips and farms in places like New Zealand because they think they need a getaway,” he said.

But he didn’t stop there.

In a separate interview, Johnson admitted that “very powerful people are telling us they’re scared” and that the elite “see increasing evidence of social instability and violence”. You can watch video of the entire interview below…

And Johnson is not the only one saying these things.

The following quote comes from the Mirror…

His comments were backed up by Stewart Wallis, executive director of the New Economics Foundation, who when asked about the comments told CNBC Africa: “Getaway cars the airstrips in New Zealand and all that sort of thing, so basically a way to get off. If they can get off, onto another planet, some of them would.”

Of course not all elitists are planning to jet off to the other side of the globe.

Some are planning to go deep underground when things hit the fan.

For example, there is an underground decommissioned missile silo in Kansas that has been transformed into luxury survival condos by a real estate developer. The following is from a Wall Street Journal article about those condos…

The so-called Survival Condo complex boasts full and half-floor units that cost $1.5 million to $3 million each. The building can accommodate up to 75 people, and buyers include doctors, scientists and entrepreneurs, says developer Larry Hall.

Mr. Hall, who lives in a Denver suburb, bought his first missile-silo site in Kansas in 2008 and completed construction in December 2012. A year later, he says, the development had sold out. Work on the second security compound—the one where Mr. Allen bought a unit—is under way, and Mr. Hall says he is considering additional sites in Texas and elsewhere.

As former nuclear missile sites built under the supervision of the Army Corps of Engineers, the structures were originally designed to withstand a direct hit by a nuclear bomb. At ground level, they can be sealed up by two armored doors weighing 16,000 pounds each. Mr. Hall added sophisticated water and air-treatment facilities, state-of-the-art computer network technology and several alternate power generation capabilities.

Other wealthy individuals are turning their current homes into high tech security fortresses.

Wealthy families across the country are shelling out millions to protect their loved ones from intruders, natural disasters or the apocalypse as home security goes increasingly sci-fi.

Companies that provide concerned homeowners with futuristic gadgets – and a priceless peace of mind – have revealed the growing demand of costly bunkers, passageways, panic rooms and recognition software.

Chris Pollack – president of Pollack+Partners, a design and construction adviser in Purchase, New York – told Forbes that, while security has always been important for the wealthiest clients, the spending on home security has noticeably grown in the past five years.

And the options available on the market are like something from a Bond film.

For much more on this, please see my previous article entitled “Why Are So Many Wealthy People Building Futuristic High Tech Security Bunkers?”

So why are all of these wealthy people so alarmed?

Well, the truth is that they can see what is happening.

Even though the economy is still fairly stable for the moment, signs of increasing economic suffering are everywhere. For example, the Los Angeles Times is reporting that homeless encampments are rapidly spreading throughout the Los Angeles area…

Over the last two years, street encampments have jumped their historic boundaries in downtown Los Angeles, lining freeways and filling underpasses from Echo Park to South Los Angeles. The Los Angeles Homeless Services Authority, a city-county agency, received 767 calls about street encampments in 2014, up 60% from the 479 in 2013.

We live at a time when almost everyone is getting poorer except for the elite. The top 1 percent now have close to 50 percent of the wealth in the entire world, and each year wealth becomes even more concentrated in their hands.

The elite know that eventually a breaking point is going to come. Those that are smart don’t want to be around when that happens.

And we got a few clues about what things might look like what that time comes from the recent “snow scare” in New York. Frightened consumers wiped out supplies of bread, milk and eggs within just a few hours. People started to take advantage of one another, even the journalists seemed like they were on the verge of panic, and virtually the entire city shut down.

All of this over just a few snowflakes.

So what is going to happen when we have a real crisis?

If the elite are preparing to bug out, it is hard to blame them.

I wouldn’t want to be right in the middle of a volcano when it erupts either.

Life is about to dramatically change, and signs of the coming storm are everywhere.

I hope that you are getting prepared for what is about to hit us while you still can.