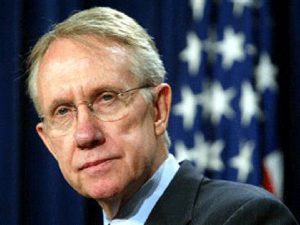 Senate majority leader Harry Reid says that a Senate health care bill being crafted behind the scenes will include a government-run insurance program that would allow individual states to opt out of it.

A new poll out of China has revealed that more than half of all Chinese do NOT want the swine flu vaccine.

Iraqi officials have closed almost 2,500 schools as a precaution against the spread of swine flu.

Food crisis?  There are a whole bunch of signs pointing to the reality that food will never be this cheap again.

Legislators from 16 of the largest economies in the world are seeking consensus on a wide variety of climate-related policies ahead of December talks in Copenhagen.

Are millions of patients about to lose access to safe herbal medicines under new EU rules?

More Big Brother in the U.K. – police in that nation are gathering the personal details of thousands of activists who attend political meetings and protests, and storing their data on a network of nationwide intelligence databases.

Afghan police opened fire to disperse approximately 1,000 protesters in Kabul on Sunday after they burned an effigy of President Barack Obama.

For the first time ever, at least half of all American workers are women.

A major international health study has shown that cell phone use can be linked to four different kinds of cancer.

If you are thinking of taking a vaccine, perhaps you should hear this tragic story from a victim of the Gardasil vaccine first.

Lastly, police in San Francisco will no longer impound cars the first time drivers are pulled over without a license because officials felt that would be “unfair” to illegal aliens.