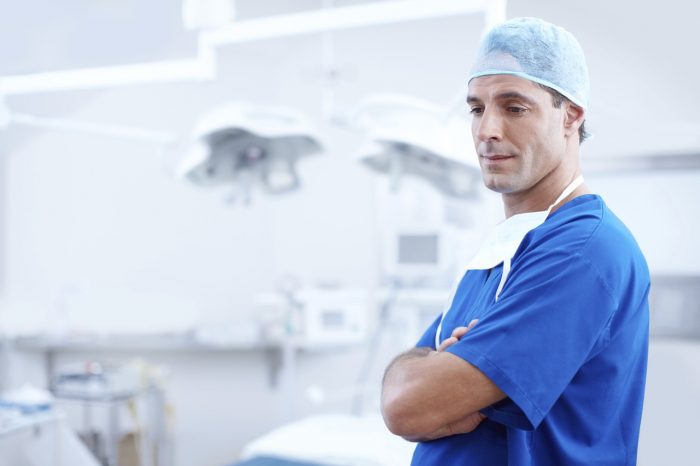 Should the U.S. government provide medical care for everybody? A shocking new poll that was just released found that 70 percent of all Americans actually want this to happen. Of course if they also asked people if they wanted their taxes to double in order to pay for such a system, the percentage of favorable responses would have probably been a lot lower. But still, this poll result shows that Americans are willing to embrace socialism to a degree that would have been absolutely unthinkable a decade or two ago. Of course “Medicare for all” is not going to happen as long as Donald Trump resides in the White House, but if future polls keep returning similar results it is only a matter of time before a Democratic administration will implement such a policy. And as we have seen with Obamacare, once a new social program is in place it can be nearly impossible to get rid of it.

We all knew that a high percentage of Democrats were in favor of “Medicare for all”, but what really shocked me was that this poll found that 52 percent of Republicans are now in favor of it….

A vast majority — 70 percent — of Americans in a new poll supports “Medicare for all,” also known as a single-payer health-care system.

The Reuters–Ipsos survey found 85 percent of Democrats said they support the policy along with 52 percent of Republicans.

At one time I was pretty certain what a “Republican” was, but things have changed so dramatically that I am not really sure anymore.

Of course nobody likes paying the sky high health insurance premiums that have been forced on us thanks to Obamacare, and so I definitely understand the hunger for change.

But fully socialized medicine would greatly accelerate our trip down the road toward national bankruptcy. According to one recent study, a “Medicare for all” system would result in a rise in federal spending of more than 30 trillion dollars over a 10 year period…

Medicare for all has been in the headlines after a study by the libertarian-leaning Mercatus Center at George Mason University found it would lead to a $32.6 trillion increase in federal spending over a 10-year period.

The study’s author, Charles Blahous, wrote in The Wall Street Journal earlier this month that even doubling taxes would not cover the bill for a single-payer health-care system.

I don’t know about you, but I sure do not want my taxes doubled so that the left can implement a government-controlled healthcare system.

But what we have today is certainly not working. That is why many of us are deeply, deeply frustrated with the Republicans in Congress. They had a golden opportunity to repeal Obamacare during this two-year period that they have been in control, and they have completely fumbled the ball. It is a political failure of the highest order, and millions upon millions of American families are deeply suffering as a result.

Just recently, Bloomberg profiled one of those families…

When their son Sky was born four years ago, Lindsie and Chris Bergevin were hit with a big surprise: $7,000 in bills for the birth that their health plan didn’t cover. Sky was two when the couple jettisoned their medical insurance, which helped them eventually pay off the debt.

Now that they’re ready to have a second child, they’re not going back to their old coverage, with its premiums of more than $350 a month. Instead, they’ve patched together an alternative through a religious group and a primary-care doctor whom they can visit anytime for a monthly fee.

The health insurance system that we have today is a complete and utter failure. Families are paying ridiculously high premiums for deeply flawed policies with extremely high deductibles, and a lot of people are saying enough is enough.

For example, it is being estimated that more than one million Americans have now joined “health sharing ministries”…

The number of people joining so-called health-care sharing ministries—religion-based cost-sharing plans—rose 74 percent from 2014 to 2016, according to the latest Internal Revenue Service data. An alliance for the groups said that more than 1 million people now participate in such programs. Similarly, primary-care clinics like the one Julie Gunther started in 2014 have grown to almost 900 from just a handful in the early 2000s, according to the Direct Primary Care Coalition, a trade group for the clinics.

There are free market solutions out there that actually work. In addition to health sharing ministries, direct primary care and association buying groups are other free market models that have shown that they have tremendous potential.

Unfortunately, that is not where society is trending.

Even though Republicans are in control of Washington for the moment, the federal government just keeps getting bigger and bigger. Earlier today, I was astounded to learn that 52 percent of all U.S. children live in a household that receives benefits from the U.S. government each month…

In 2016, according to the most recent data from the Census Bureau, there were approximately 73,586,000 people under 18 in the United States, and 38,365,000 of them — or 52.1 percent — resided in households in which one or more persons received benefits from a means-tested government program.

All throughout American history, social programs have steadily expanded, and until things completely collapse they will probably continue to expand.

In addition to wanting free government healthcare, it turns out that most Americans also want free college education…

“Free stuff” always sounds great until you figure out that someone has to pay for it.

And in our case, we have already stolen more than 21 trillion dollars from future generations to pay the bills. How in the world are we going to be able to afford everything else that the socialists want to do?