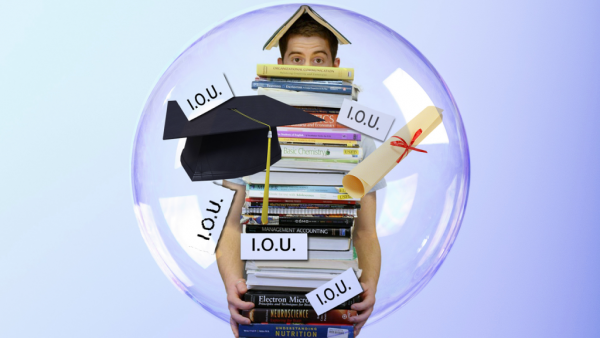 When compared to a similar point in time, Millennials are deeper in debt than any other generation that has come before them. And the biggest reason why they are in so much debt may surprise you. We’ll get to that in a minute, but first let’s talk about the giant mountain of debt that Millennials have accumulated. According to the New York Fed, the total amount of debt that Millennials are carrying has risen by a whopping 22 percent in just the last five years…

New findings from the New York Federal Reserve reveal that millennials have now racked up over US$1 trillion of debt.

This troubling amount of debt, an increase of over 22% in just five years, is more than any other generation in history. This situation may leave you wondering how millennials ended up in such a sorry state.

Many young adults are absolutely drowning in debt, but the composition of that debt is quite different when compared to previous generations at a similar point in time.

Mortgage debt and credit card debt levels are far lower for Millennials, but the level of student loan debt is far, far higher…

While the debt levels accumulated by millennials eclipse those of the previous generation, Generation X, at a similar point in time, the complexion of the debt is very different.

According to a 2018 report from the St. Louis Federal Reserve Bank, mortgage debt is about 15% lower for millennials and credit card debt among millennials was about two-thirds that of Gen X.

However, student loan debt was over 300% greater.

Over the last 10 years, the total amount of student loan debt in the United States has more than doubled.

It is an absolutely enormous financial problem, and there doesn’t seem to be an easy solution. Some politicians on the left are pledging to make college education “free” in the United States, but they never seem to explain who is going to pay for that.

But what everyone can agree on is that student loan debt levels are wildly out of control. The following statistics come from Forbes…

The latest student loan debt statistics for 2019 show how serious the student loan debt crisis has become for borrowers across all demographics and age groups. There are more than 44 million borrowers who collectively owe $1.5 trillion in student loan debt in the U.S. alone. Student loan debt is now the second highest consumer debt category – behind only mortgage debt – and higher than both credit cards and auto loans. Borrowers in the Class of 2017, on average, owe $28,650, according to the Institute for College Access and Success.

What makes all of this even more depressing is the fact that the quality of “higher education” in the U.S. has gone down the toilet in recent years. For much more on this, please see my recent article entitled “50 Actual College Course Titles That Prove That America’s Universities Are Training Our College Students To Be Socialists”.

Our colleges and universities are not adequately preparing our young people for their future careers, but they are burdening them with gigantic financial obligations that will haunt many of them for decades to come.

We have a deeply broken system, and we desperately need a complete and total overhaul of our system of higher education.

This is one of the big reasons why “Housing Bubble 2” is beginning to burst. There are not enough Millennials buying homes, and it looks like things could be even worse for Generation Z.

If you are a young adult, I would encourage you to limit your exposure to student loan debt as much as possible, because the debt that you accumulate while in school can have very serious long-term implications that you may not even be considering right now.