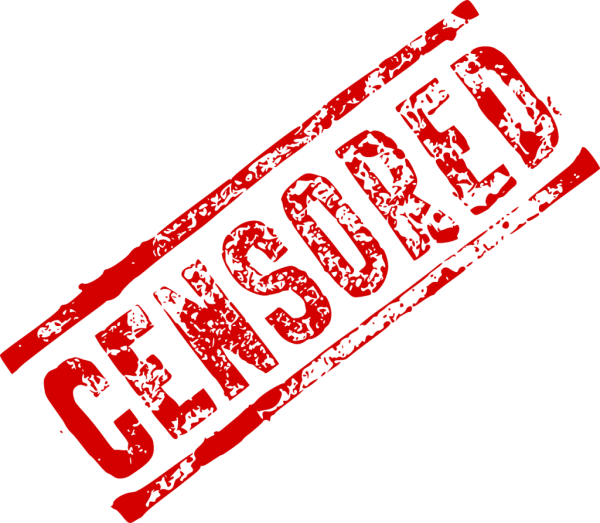 If this sort of extreme censorship continues, pretty soon anybody that has anything even remotely important or interesting to say will be completely banned by Facebook. As you will see below, Facebook has just banned Zero Hedge, and they have also just announced that they will be systematically censoring any content that has “misinformation” about vaccines. Of course this is just the latest chapter in a relentless campaign by the social media giants to censor alternative sources of information. Since Donald Trump’s victory in November 2016, the social media crackdown has just gotten worse and worse, and it has gotten to the point where we can now safely say that free speech is dead on the major social media platforms.

It didn’t have to be this way. When Facebook, Twitter and the other major social media platforms were new, people were generally allowed to say whatever they wanted as long as they weren’t breaking any laws. As a result, people flocked to those platforms, and companies worth billions of dollars were created.

But now that those platforms are used by almost everyone, those in control have decided that only certain political viewpoints are acceptable, and the crackdown on dissenting voices has been unprecedented.

Yet with all that we have witnessed so far, I was still completely shocked when I learned that Facebook has banned all Zero Hedge content. This is what Zero Hedge is saying about the ban…

To be sure, as a for-profit enterprise with its own unique set of corporate “ethics”, Facebook has every right to impose whatever filters it desires on the media shared on its platform. It is entirely possible that one or more posts was flagged by Facebook’s “triggered” readers who merely alerted a censorship algo which blocked all content.

Alternatively, it is just as possible that Facebook simply decided to no longer allow its users to share our content in retaliation for our extensive coverage of what some have dubbed the platform’s “many problems”, including chronic privacy violations, mass abandonment by younger users, its gross and ongoing misrepresentation of fake users, ironically – in retrospect – its systematic censorship and back door government cooperation (those are just links from the past few weeks).

I have no idea why Facebook would place a blanket ban on all Zero Hedge material. I just went to share one of their articles on Facebook, and I was unable to do so.

Yes, Zero Hedge can be a little bit edgy at times, but from my perspective there is absolutely no justification that Facebook could possibly come up with for banning all content from the site.

We need to show our support for Zero Hedge, because if we don’t stand up now, eventually they will come for all the rest of us too.

This week, we also learned that Facebook will now be censoring all material that is critical of the vaccine industry…

Social media giant Facebook says it will remove groups and pages that spread misinformation about vaccinations on its site.

It’s the latest step Facebook and others are taking to stem the tide of misinformation on social media sites.

Facebook said Thursday it will take its cue from global health organizations, such as the World Health Organization and the U.S. Centers for Disease Control and Prevention, which have publicly identified verifiable vaccine hoaxes.

So Facebook is actually going to use the CDC as a “neutral” source?

Well, as Robert F. Kennedy Jr. has aptly pointed out, the truth is that the CDC owns 20 vaccine patents and sells more than 4 billion dollars worth of vaccines annually…

“The CDC is a subsidiary of the pharmaceutical industry. The agency owns more than 20 vaccine patents and purchases and sells $4.1 billion in vaccines annually. Congressman Dave Weldon has pointed out that the primary metric for success across the CDC is how many vaccines the agency sells and how successfully the agency expands its vaccine program—regardless of any negative effects on human health.”

So of course the CDC is going to say that their own products are safe, because they have billions of reasons to do so.

I can’t tell you how angry this sort of rank hypocrisy makes me.

And the impetus for Facebook’s move appears to be criticism from Democrats in Congress.

More specifically, Adam Schiff appears to be the driving force behind this latest censorship push. The following comes from Natural News…

The drastic move comes after California Democrat Adam Schiff recently called on Facebook, Amazon, and various other Big Tech giants to allow only government-approved propaganda about vaccines to be shared, sold, or otherwise propagated on their platforms – an online “book burning,” if you will.

How would the left feel if the tables were suddenly turned on them?

There would be a tremendous public outcry, and rightly so.

Well, as Joseph Farah has pointed out, according to federal law it is illegal for the big tech giants to censor users based on their political views…

Google, Facebook, YouTube and Twitter enjoy privileged positions under federal law that includes standing as “carriers” and therefore immunity from defamation lawsuits – a status similar to telecoms and utilities. But it is supposed to come with a price tag under the Communications Decency Act of 1996, section 230. Do you know what is required of these non-publishers who are invulnerable to slander and libel laws? POLITICAL NEUTRALITY!

It is time to enforce the laws that we already have, and it is time for those that have been grossly violating those laws to be held accountable.

And the evidence that conservatives have been specifically targeted for censorship is now absolutely overwhelming. For instance, just consider the following numbers from Gateway Pundit…

Likewise, we spoke with Jared Vallorani from Klicked Media. Jared traveled to Washington DC with The Gateway Pundit and website owners at 100%FedUp in June to discuss Facebook targeting against conservative publishers with Republican lawmakers. Jared told The Gateway Pundit his organization Klicked Media, which hosts over 60 conservative websites, lost 400 million page views from Facebook in the last six months if you compare the traffic to a year ago. Jared said, “We lost 70% to 80% of our traffic if you compare January to May 2017 vs Jan to May 2018.”

If you combine the total number of page-views lost by just these two conservative online publishers you are looking at a loss of over 1.5 billion page-views from Facebook in one year.

Enough is enough, and it is time to take a stand.

In addition to confronting those that are doing the censorship, it is going to be important to support those that are being censored. So if you enjoy what they do, I would encourage you to support Zero Hedge, WND, Infowars, Natural News, SHTF Plan, Steve Quayle, The Gateway Pundit and all the other wonderful alternative media outlets that work tirelessly to keep you informed.

We are literally in a battle for what the future of our society is going to look like, and the information war is the front line of that battle.

The Internet is the “public square” of today, and that is where the struggle for hearts and minds is happening. The elite know that they cannot win an honest fight in “the marketplace of ideas”, and so they are doing their best to silence their opposition.

The stakes are incredibly high, time is running out, and we simply cannot allow them to win.