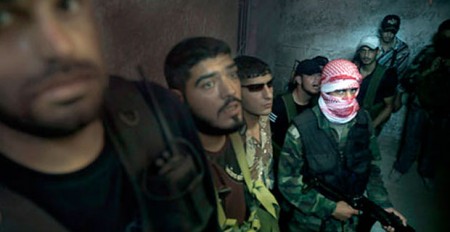 The so called ‘moderate’ rebels in Syria who have received arms and training from the US, have condemned the US led airstrikes on ISIS extremists, underscoring the fact that their fight is against the Syrian government, not the terrorists the Obama administration claims it is funding them to fight.

The US-backed Harakat Hazm rebel group in Syria, which consists of an estimated 7000 fighters who have been given US weapons, slammed the US led airstrikes Tuesday, according to reports.

“The sole beneficiary of this foreign interference in Syria is the [President Bashar] Assad regime, especially in the absence of any real strategy to topple him,” a statement posted by the group on Twitter reads. The rebels described the airstrikes as “an attack on national sovereignty that undermines the Syrian revolution.”