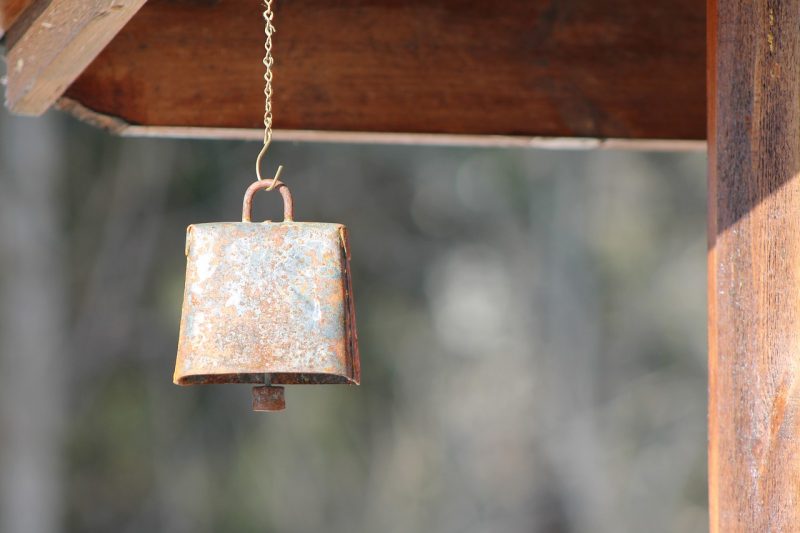 Someone please make the madness stop.  Many years ago, when Saturday Night Live was still actually funny, comedian Will Ferrell starred in a skit that was entitled “More Cowbell”.  To this day, it remains one of the most famous skits in comedy history, and that is because it was absolutely hilarious.  If you have never seen it, you can find it right here.  Unfortunately for all of us, the Federal Reserve is now doing their own version of “More Cowbell”, but it isn’t funny at all.  At this point, Fed officials sound like a broken record, because month after month they just keep telling us that the answer to our growing economic problems is even more inflation.  They have completely gone off the deep end, but since most Americans are illiterate when it comes to economics hardly anyone is objecting.

Earlier today, I received an alarming email from one of my readers.  This particular reader was quite alarmed that the price of her favorite juice just went up three dollars, and I would have loved to tell her that these price increases are just “temporary” and that everything will go back to normal soon.

But I couldn’t do that, because that isn’t the truth.

On Wednesday, Fed officials once again voted to continue flooding the financial system with giant mountains of fresh cash…

The 11-member committee voted on Wednesday to keep the federal funds rate near zero and continue flooding the market with money through massive bond purchases ‘until substantial further progress’ is made on boosting employment.

“$120 billion a month in bond purchases” may sound boring to most Americans, but if people really understood what this was doing to our standard of living they would be protesting in the streets tomorrow morning.

On average, the Federal Reserve is pumping more than a billion dollars into our financial system every single hour.

This sort of thing is only supposed to be done during a major emergency.  The very first time that “quantitative easing” was used on a large scale was during the last financial crisis, and now it has basically become something that the Fed just does all the time.

As I discussed yesterday, the size of the Fed balance sheet has roughly doubled during this pandemic.  Of course this was going to cause inflation to spike.

On Wednesday, Fed Chair Jerome Powell openly admitted that “inflation could turn out to be higher and more persistent than we expected”.

What in the world is he smoking?

Does he actually believe that we can flood the system with trillions and trillions of fresh dollars and keep inflation down to about 2 percent at the same time?

If so, he should see a mental health professional immediately.

Right now, prices are skyrocketing all around us.  Earlier today, I came across an article that discussed how farmers are hurting because the price of hay has gone up by about 20 percent…

Local prices for large bales of hay — small bales are significantly more expensive — are shaping up to be around $210 a ton, DeRuwe said, around 20% more than the average year.

Yesterday, I discussed the fact that home prices are up 23 percent over the past year.

Apparently home prices are not yet high enough, because Fed officials want to flood the system with even more money.

Used car prices are up more than 45 percent over the past year.  In many cases, used cars are now selling for more than they were when they were brand new.

What we are now witnessing is completely and utterly insane, but the Fed is not the only one to blame.

Our politicians in Washington have been spending money like mad, and now another gigantic spending package is being discussed.

Fortunately, there is at least one Democrat in the Senate that thinks that Joe Biden’s 3.5 trillion dollar infrastructure package is just too big…

Sen. Kyrsten Sinema of Arizona on Wednesday came out in opposition to Democrats’ $3.5 trillion spending blueprint, virtually ensuring her party would be forced to make substantial cuts to get her on board.

In a statement to The Arizona Republic, the moderate Democrat said while she supported efforts to bolster the country’s economic competitiveness in an infrastructure plan, she believed the bill was too large.

In the end, we may see a package that is only about a trillion dollars in size.

But that is still utter madness.

Since the start of the pandemic, we have increased the size of our national debt by five trillion dollars, and now our politicians in Washington want to borrow and spend more giant mountains of money.

Earlier today, I came across an article about a “two-headed snake”…

An incredible video captures the moment a two-headed snake called Ben and Jerry devours two mice in each of is fanged mouths.

Reptile enthusiast Brian Barczyk shared the clip to his Instagram account, which shows each of the heads slowly chomping down on a pair of dead mice.

The two-headed reptile is the result of a phenomenon known as bicephaly, which occurs from the incomplete splitting of an embryo.

When I read that, I immediately thought about our current situation.

These days, the Federal Reserve and our politicians in Washington have become a “two-headed snake” that is relentlessly devouring our financial future.

If we stay on the path that we are on, there is no future for our country.

But it has become obvious that our leaders are not going to change.

Every time a new crisis erupts, their “solution” will be to create, borrow and spend even more money.

This “More Cowbell” approach to managing the economy is literally insane, but there will be no turning back now.