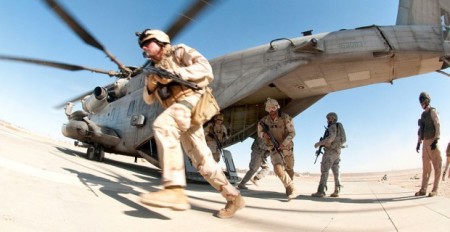 “I know there are already American boots on the ground where I am now,” Engel told MSNBC, adding, “They are troops who are staying away from reporters, they are embedded with local fighters trying to guide in air strikes, gathering intelligence — the kind of thing you would have thought the Green Berets would have done many years ago, and which are now being done by Navy SEALS and Delta Force and other Special Operations Forces.”

Engel went on to state that Obama was engaged in a “secret war” to dislodge ISIS while questioning the effectiveness of such a strategy.

The NBC reporter’s revelation that U.S. troops are already working alongside local fighters in Iraq to target ISIS contradicts Obama’s claim last night that his plan, “will not involve American combat troops fighting on foreign soil.”

In a subsequent interview, Engel slammed Obama’s strategy to eliminate ISIS as “wildly off-base,” asserting that comparisons to U.S. military activity in Yemen and Somalia were an oversimplification of the problem.

Meanwhile, Obama faced criticism from some on the right who accused him of failing to acknowledge the threat posed by radical Islam after Obama remarked that “ISIL is not Islamic” during his speech.