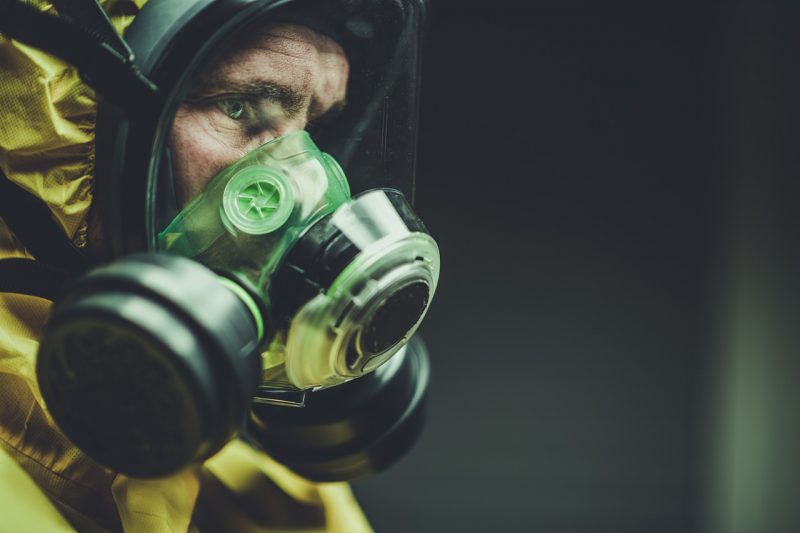 Can you imagine what this country is going to look like if we have severe shortages of chicken and turkey by the end of the year?  I don’t know why more people are not alarmed about the horrific bird flu pandemic that is sweeping across America like wildfire right now.  On February 8th, the very first case of highly pathogenic avian influenza (HPAI) was confirmed in a domestic U.S. flock.  Just over one month later, on March 9th, I released an article that lamented the fact that almost 2.8 million birds (mostly chickens and turkeys) had already died during the first month of the pandemic.  Unfortunately, since that time things have gotten much, much worse.  This pandemic is not even two months old yet, and the death toll for chickens and turkeys has now risen to nearly 17 million.

If this many chickens and turkeys have been wiped out already, what will the death toll be a few months down the road?

And what will this mean for the price of food?

Just think about how often you eat products that contain eggs, chicken or turkey.

If you had to suddenly remove all of them from your diet, what would you do?

The frightening thing is that bird flu just keeps popping up in more places around the country and nobody can tell us why it is spreading so rapidly.  In fact, the USDA just announced five more outbreaks…

Officials with the Oklahoma Department of Agriculture, Food and Forestry say a wild duck in Payne County is the first wild bird in Oklahoma to be confirmed to be infected with Eurasian H5 type of highly pathogenic avian influenza.

This plague is completely and utterly out of control, and the word “catastrophic” is not nearly strong enough to describe what we are witnessing.

According to Bloomberg, the total death toll for chickens and turkeys has now reached nearly 17 million…

A deadly strain of bird flu that’s been raising egg prices ahead of Easter was discovered in five new U.S. states Wednesday, and the virus increasingly is threatening American poultry exports.

Highly pathogenic avian influenza was discovered at a commercial poultry farm in Johnston County, North Carolina, and in backyard flocks in Massachusetts, North Dakota, Ohio and Wyoming, the U.S. Department of Agriculture said in a release. Since mid-January, it’s been found in 23 states in flocks totaling nearly 17 million birds.

Once a single bird tests positive for highly pathogenic avian influenza, the entire flock must be put down.

In other words, not a single bird can be left alive.

Needless to say, those that raise chickens and turkeys all over the nation are scared out of their minds right now.

I just heard from a farmer that has about 400,000 chickens, and bird flu has been detected not too far from where his facility is located.

What would you do if you were in his shoes?

It just isn’t practical to try to relocate 400,000 chickens.

And even if you could, where would you go?

This flu is seemingly everywhere.

There are no easy answers, and the outlook becomes more grim with each passing day.

So what are we all going to do if this pandemic continues to spiral out of control?

Are we all suddenly going to become vegans?

The state of Iowa has been hit particularly hard.  Just in that one state, the death toll has now reached nearly 8.2 million…

Iowa Agriculture Secretary Mike Naig said in a call with reporters that there now have been nine outbreaks in Iowa since the beginning of the month — two in backyard flocks and in seven commercial facilities.

The birds destroyed in the latest round push the statewide total to nearly 8.2 million, or about half of the birds killed nationwide to as a result of highly pathogenic avian influenza. Iowa is the nation’s largest producer of eggs and sixth-largest producer of turkeys.

Needless to say, the price of eggs is going to go through the roof.

If you normally eat eggs for breakfast, perhaps you can switch to Cap’n Crunch instead.

That probably doesn’t sound very appealing to many of you, so I would encourage you to pray for an end to this pandemic.

Because if the death toll continues to rise at an exponential rate we are going to be facing severe shortages.

And let us also hope that HPAI doesn’t mutate in a way that enables it to spread easily among humans.

Because according to the official CDC website, the death rate for bird flu in humans can be as high as 60 percent…

More than 700 human infections with Asian HPAI H5N1 viruses have been reported to WHO from primarily 15 countries in Asia, Africa, the Pacific, Europe and the Near East since November 2003. Indonesia, Vietnam and Egypt have reported the highest number of human HPAI Asian H5N1 cases to date.

The first report of a human infection with Asian H5N1 in the Americas was in Canada on January 8, 2014 and occurred in a traveler recently returning from China. Although human infections with this virus are rare, approximately 60% of the cases have died.

I have focused on the United States in this article, but the truth is that bird flu outbreaks are raging all over the globe right now.

When you combine this pandemic with the war in Ukraine, skyrocketing fertilizer prices and disastrous harvests around the planet, it is easy to see that the stage is being set for the sort of nightmarish global food crisis that I have long warned about.

It seems like so many things are going horribly wrong all at once, but most people still don’t understand what is happening.

Most people just assume that our grocery stores will always be packed with mountains of extremely cheap food, and so the vast majority of them won’t take any steps to get prepared even though they have been warned again and again about what is coming.