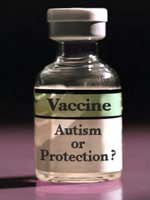 According to a new CNN poll, more than half of all adult Americans say that they don’t want to get the H1N1 flu vaccine.

It turns out that all the fatal cases of the H1N1 flu in Ukraine that were tested in the U.K. had mutated.

A third woman in Portugal has lost her baby after taking the H1N1 swine flu vaccine.

Authorities in the Canadian province of British Columbia have noted a higher than average number of anaphylactic reactions in people who have had the H1N1 swine flu vaccine.

A 21 year old man has been confirmed to be Egypt’s 88th human case of the H5N1 bird flu.

38 birds at Gwynedd Budgerigar Society Open Show in North Wales suddenly dropped dead from congestion and hemorrhaging of the lungs.

One top scientist is warning that the fact that biolabs are “multiplying like rabbits” is a clear and present danger.

The “health care reform” bill that Senate Majority Harry Reid has introduced in the Senate would mandate federally subsidized abortion.

Beginning in the first year after the enactment of the Cap and Trade Act that the U.S. Congress is considering, you will not be able to sell your home unless you retrofit it to comply with the new energy and water efficiency standards.

CNBC is warning that the housing crisis might get even worse next year.

The government website Recovery.gov is fixing errors that appeared to show hundreds of millions of stimulus dollars were spent in nonexistent congressional districts.

69 percent of New Yorkers are worried that the state will run out of money next month.

One major Canadian news source says that calls are rising for a new global currency.

With hurricanes at a 30 year low, it turns out that Al Gore has turned to photoshop in order to spread his message.

The head of NATO is warning that a quick exit from Afghanistan will unleash a “global jihad”.

A new study has found that nanoparticles commonly found in everything from cosmetics to sunscreen to paint to vitamins cause systemic genetic damage in mice.

Popular Mechanics is extremely excited about the coming of “the Singularity”, the merging of men and machines that will supposedly be a technological jump so big that society will be transformed.

A former Monsanto lawyer who is credited with playing an instrumental role in introducing genetically modified milk and known carcinogens into the U.S. Food supply has been hired as a key advisor by the FDA.

One web security company is warning of a global “cyber arms race”.

New research has found cocaine, hormones and lots of other nasty stuff in our drinking water.

Imagine if Christians in America had to face this – two masked members of the al-Shabaab Muslim militia shot and killed a pastor in Somalia as he drove home from a worship service.

The United Nations is saying that in order to fight “climate change” we need to pass out more free condoms.

Concern over world events is causing more Christians to adopt a survivalist lifetyle in preparation for the end times.

Lastly, if current obesity trends continue, more than 40 percent of adults in the United states will be obese by the year 2018.