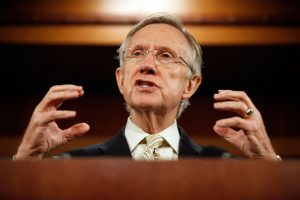 Senate Majority Leader Harry Reid unveiled a Senate version of the “health care reform” bill on Wednesday that would expand health insurance coverage to 30 million more Americans at an estimated cost of $849 billion over 10 years.

The latest numbers from the Ukraine flu plague have been released: 1,502,345 people have been sick, 85,904 have been hospitalized and 344 are dead.

Reports are coming in of people dying with symptoms similar to what victims of the pneunomic plague experience in a hospital in Bialystok in the northeast section of Poland.

Russia Today is reporting on the speculation about the origin of the mystery Ukraine flu plague.

Margaret Chan, director general of the World Health Organization, has urged public health experts not to take their eyes off of the H5N1 bird flu even as the H1N1 swine flu is sweeping the globe.

It turns out that Barack Obama owns shares in Baxter, one of the companies currently manufacturing H1N1 swine flu vaccines.

A 21 month boy in Germany has died a horrible death after getting the H1N1 swine flu vaccine.

From the stating the obvious department, Goldman Sachs chief executive Lloyd Blankfein recently said that his firm “participated in things that were clearly wrong” in the lead-up to the financial crisis.

The design of a new patch for one U.S. military unit has a U.S. eagle image superimposed on a North American continental design, with an emphasis on United Nations colors, giving evidence of the strength of a plan to integrate North America.

More than half of all Britons being offered the H1N1 swine flu vaccine are turning it down.

The World Evangelical Alliance says that most Christians around the world “know” that “climate change” is real and is threatening life on earth.

The Heritage Foundation has released an article that explains why Americans should be highly concerned about the Copenhagen treaty.

Only 44 percent of Americans now say that the war in Afghanistan has been worth the cost.

It turns out that 5% of all U.S. taxpayers account for over 60 percent of all tax revenue.

Closed circuit cameras installed inside private homes are being used by government authorities in the U.K. to catch neighbors suspected of “anti-social behaviour”.

One young girl has come forward with testimony about how she was abused by the pedophile rings in the U.K.

As the rest of the economy falters, gun sales in the United States are absolutely shooting through the roof.

One Arkansas cop recently used a taser on a ten year old girl.

The Church of Scientology in Australia is being accused of torture and embezzlement and of forcing employees to have abortions.

New research proves that the Nazis attempted to take Christ out of Christmas and tried to turn it into a celebration of winter and light which drew on pagan traditions.

The U.S. government has announced that more than 49 million Americans struggled to get enough to eat in 2008.

Lastly, are organization called Messiah’s Branch needs your help feeding the poor and hungry in the heartland of America this Thanksgiving.