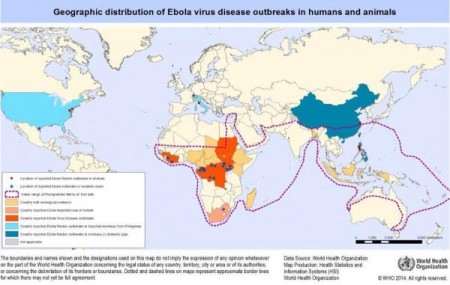 With over 932 dead, the US Centers for Disease Control and Prevention has issued its highest level alert for an all-hands on deck response to the crisis in West Africa (that is spreading across the world). While President Obama proclaimed we are prepared and itis “not easily transmitted,” it appears that is not entirely true. Meanwhile, CDC Director Frieden’s “deep concerns” have been confirmed as Nigeria’s health minister has declared a health emergency as the deadly Ebola virus gained a foothold in Africa’s most populous nation, according to news reports. Nigerian authorities moved quickly late Wednesday, gathering isolation tents as five more cases of the Ebola Virus were confirmed in Lagos (the world’s 4th most populous city with 21 million people). Most international flights from West Africa are also now screening passengers.