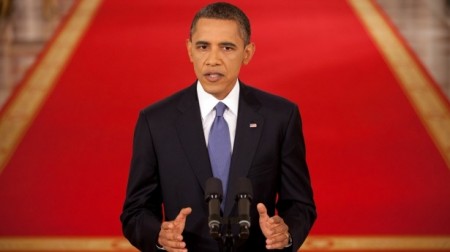 President Obama on Friday said social media and the nightly news are partly to blame for the sense that “the world is falling apart.”

“I can see why a lot of folks are troubled,” Obama told a group of donors gathered at a Democratic National Committee barbecue in Purchase, N.Y.

But the president said that current foreign policy crises across the world are not comparable to the challenges the U.S. faced during the Cold War.

Acknowledging “the barbarity” of Islamist militants and Russia “reasserting the notion that might means right,” Obama, though, dismissed the notion that he was facing unprecedented challenges.