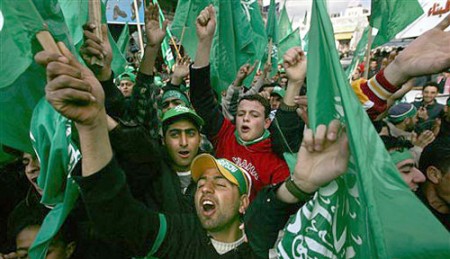 As Gaza-based Hamas Prime Minister Ismail Haniyeh declared just last week: “Hamas will continue the armed resistance, whether or not we are in power.”

And 42 percent of Palestinian respondents to the recent PCPSR have no problem with that, while only 39 percent think that Palestinian leader Mahmoud Abbas’ notion of non-violence and negotiations is preferable.

Unsurprisingly, a mere 19 percent of Palestinian respondents believe that independent armed groups like Hamas and Islamic Jihad need to be disarmed now that a unity government has formed.

And 66 percent of Palestinians say Hamas should retain security control over the Gaza Strip, even though under the group’s stewardship Gaza continues to be used to launch rocket attacks against southern Israel.