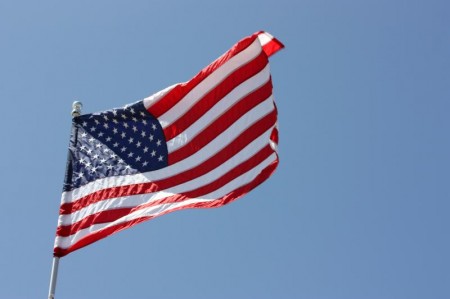 An American flag has reportedly been burned by pro-amnesty protesters near the Murrieta Border Patrol station on America’s Independence Day.

Breitbart News obtained the above photograph, which shows a burnt flag on the ground, from an anti-illegal immigration activist who was monitoring the pro-amnesty demonstration.

Opponents of illegal immigration had gathered in Murrieta to stop Friday’s planned transfer of Central American illegal aliens, as they did earlier this week. A pro-amnesty counter-demonstration was organized in response.