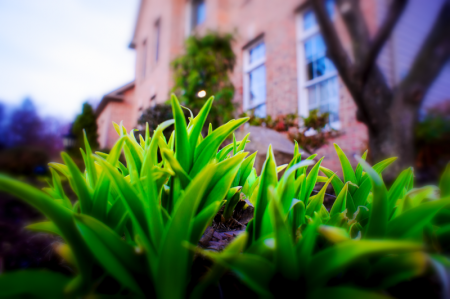 Bloomberg has managed to find a green shoot in the murky mud that is our economy.

And I mean a shoot, because when you look at the chart with which they garner their information, it hardly appears to be cause for celebration. Yet, this is exactly what is happening.

But, before you break out singing “Happy Days Are Here Again”, read on….

Headline on June 27, 2014: CONSUMER SENTIMENT IN U.S. ROSE IN JUNE FROM MONTH EARLIER

“Consumer sentiment improved in June as higher stock prices and an improving labor market helped bolster Americans’ views of the economy. More employment opportunities, record stock prices and improved property values are giving consumers cause for enthusiastic attitude… The Bloomberg Consumer Comfort Index last week held near its 2014 high as views on the economy were the second-strongest since 2008.”

Let’s look at this chart, from the University of Michigan, and the cause for such enthusiasm:

See that little green box inside the blue circle on the lower right of the chart? THAT is the cause for “enthusiasm”?   Let’s pass out the party hats!

Let’s address the so-called “improving labor market” that is bolstering Americans’ view of the economy. The fact is, the Labor Force Participation Rate is at the lowest point since 1978. The official unemployment rate numbers do not reflect that, as they do not count the millions of people who have given up looking for work. See for yourself below:

You call this an improving labor market? Really?

Now let’s look at the “improved property values.” We all know that property values are local, and some areas may be up and some may be down. Regardless, your home is only worth what you can actually sell it for. And homes are not selling unless they are priced over $750,000. See the chart below:

Lastly, I will address “soaring stock prices”. Most Americans are not invested in the stock market. Reasons include being gun-shy and lack of capital, after having lost so much in the housing crash.

Bloomberg says Americans’ attitudes about the economy are enthusiastic. I think it’s Bloomberg that feels that way, not us.