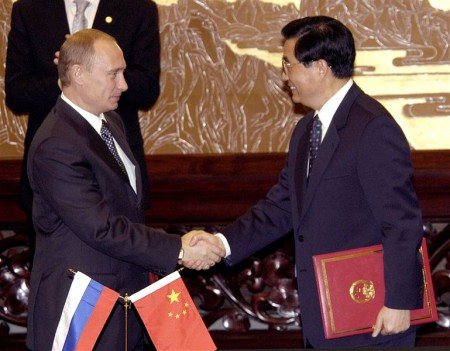 The payments on a range of export contracts signed during Russian President Vladimir Putin’s recent visit to China may be made in the two countries’ national currencies, Deputy Minister of Economic Development Alexei Likhachev told RIA Novosti Thursday.

“I think, yes. The Finance Ministry must as soon as possible create the appropriate conditions,” Likhachev said, responding to a question on possible payment between Russia and China in the ruble and yuan.

China is Russia’s major trade partner, with bilateral trade turnover estimated at around $90 billion per year. Moscow and Beijing earlier said they planned to boost the role of national currencies in mutual payments.

Payments in national currencies should begin under short-term contracts, he said. “Companies fulfilling long-term contracts should independently define their position. Gazprom has voiced its interest, but it needs to make more precise calculations,” Likhachev said.