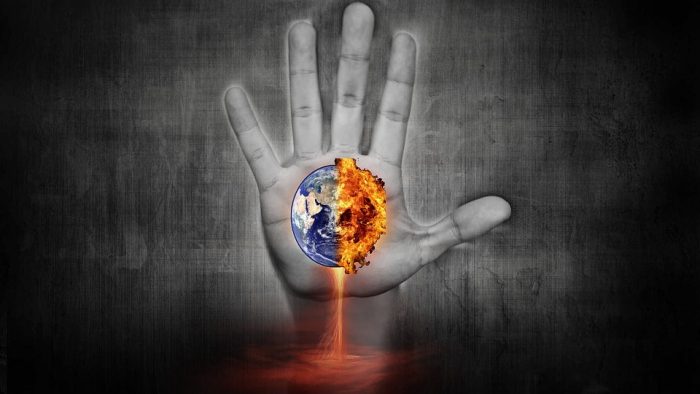 Humanity is steamrolling toward a date with extinction, and yet most people have absolutely no idea that this is happening. Most of us like to think that we are part of the smartest, tallest and fastest generation in human history, but science has actually shown that the exact opposite is true. Compared to our ancient ancestors, we are shorter, slower and we have been losing mental capacity for thousands of years. And just this week, a groundbreaking study that discovered that large numbers of human males in the western world may soon be incapable of reproducing made headlines all over the planet…

Humans could become extinct if sperm counts in men from North America, Europe and Australia continue to fall at current rates, a doctor has warned.

Researchers assessing the results of nearly 200 separate studies say sperm counts among men from these areas seem to have halved in less than 40 years.

The 185 studies that the researchers took their data from were all conducted between 1973 and 2011. Dr. Hagai Levine was one of the lead scientists involved in the study, and he found that for men in North America, Europe, Australia and New Zealand, sperm concentrations declined by 52.4 percent during the study period, and total sperm count declined by a whopping 59.3 percent.

If these trends continue, we will soon have tens of millions of young men that are incapable of producing children. The following comes from the Washington Post…

The most important data points in the new study involved sperm concentrations for what are known as “unselected” men who haven’t yet proven they are fertile. These are men in the studies who are on the younger side and are not yet fathers or do not have partners who are pregnant. Researchers estimated that these men had an average sperm concentration of 99 million per milliliter in 1973 but that that had dropped to an average 47 million per milliliter in 2011.

According to Dr. Levine, we could potentially be looking at “the extinction of the human species” in the not too distant future…

So what is causing this alarming drop in sperm levels?

There are certainly lots of factors involved, but one study from a few years ago pointed much of the blame at our heavy use of cellphones…

And of course where do most men carry their phones?

Most of us carry them in our pockets, and that is about the worst possible place that we could carry them.

But even if sperm counts were not dropping so precipitously, humanity would still be facing rapid extinction due to a phenomenon known as “mutational meltdown”. Below is an excerpt from a study that was originally published by Gerald H. McKibben and Everett C. McKibben, and I have shared this previously, but since I am talking about the possibility of human extinction in the not too distant future in this article I wanted to share it again…

Let me try to break this down very simply so that everyone can understand.

This process appears to be accelerating, and at some undetermined point in the future human DNA will become so corrupt that the human race simply will not be able to continue.

In other words, the human race is wearing out, and the clock is ticking down to the eventual extinction of our race.

So even if we don’t kill ourselves off, which we are certainly more than capable of doing, the truth is that normal processes will eventually wipe all of us out anyway.

I know that this may sound very negative, but if you know the rest of the story it actually isn’t.

Our lives are just like the flowers of the field. They are here today and they are gone tomorrow, but what we do with them will echo for all of eternity.