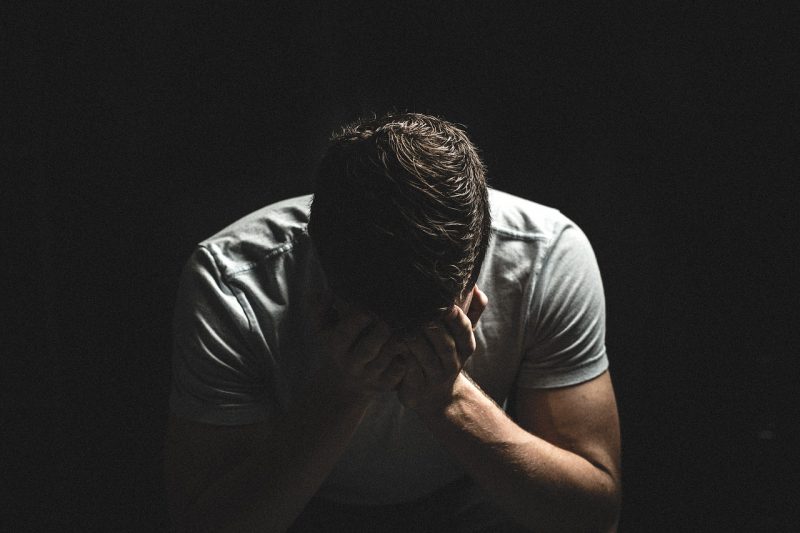 Have you ever been at such a low point in your life that it seems like there is no hope of ever turning things around no matter how hard you try?  Right now, there are millions upon millions of Americans that have been emotionally crushed by this economic downturn, and many of them have completely lost all hope.  Those around them may be telling them to “hang in there”, but month after month goes by and nothing ever seems to get better.

For a moment, I would like for you to consider a scenario.  Imagine that you own a successful small restaurant somewhere in the country.  Despite the odds, the restaurant has been successful enough over the years for you to make a living, but now during the COVID pandemic it has been bleeding red ink for months.  You keep putting more of your own money into it to keep it alive, but now your own bank account is running dangerously low.  The office job that your wife had was always a steady source of income for the family, but she lost that job shortly after the pandemic began.  Unless your wife can find a comparable job very quickly, you won’t be able to pay the mortgage in a couple of months.  Meanwhile, the drug company that produces the medicine that your son depends upon to survive just raised prices for the third year in a row and your family doctor just told you that your daughter desperately needs surgery.  At the same time, your hot water heater needs to be replaced and something is wrong with your vehicle but you are afraid to take it to the mechanic because of how much it might cost.

Does any of that sound familiar?

Yesterday, I discussed the fact that 8 million more Americans have fallen into poverty during this economic crisis.  With each passing day, the middle class is getting even smaller, and a recent Pew Research Center survey found that approximately one-fourth of the entire country has “had trouble paying their bills” during this pandemic…

A new Pew Research Center survey finds that, overall, one-in-four adults have had trouble paying their bills since the coronavirus outbreak started, a third have dipped into savings or retirement accounts to make ends meet, and about one-in-six have borrowed money from friends or family or gotten food from a food bank.

When you know that there isn’t going to be enough money to pay the bills this month, that can cause an extraordinary amount of mental stress.

If that has ever happened to you, then you know exactly what I am talking about.

Sadly, financial anxiety is one of the biggest reasons why so many Americans are suffering from mental health issues right now…

If you’re stressed out, anxious or feeling lonely, you are not alone.

Nearly half of American workers have been suffering from mental health issues since the Covid-19 pandemic began, at a significant cost to their well-being and potentially to their employer’s bottom line.

It shocked me to read that close to half the country is willing to admit that they are dealing with mental health issues during this crisis.

If we are struggling this much now, what will happen when things start getting really, really bad?

Many Americans never expected to be facing such severe economic pain in 2021.  Just recently, Joe Biden rescinded an executive order that had been signed by President Trump which had significantly lowered the cost of insulin for low income Americans.  When a 24-year-old college graduate found out how much he was going to have to pay for insulin from now on, he started freaking out…

“Hi everybody, so I’m just having a little freakout in my car, because I just found out my ******* diabetic supplies, like my insulin and my pump supplies that I need to live are costing $2,000 a month,” said the man, who appears to have Type 1 diabetes.

“I am 24, I only just got out of college before COVID hit and I’m not making any good money. How am I supposed to pay $2,000 for something that I didn’t do anything to get?”

So how would you answer that question?

Would you just tell him to go get a better job?

I don’t know anything about his life situation, but he appears to believe that he is totally out of options.

In fact, he has come to the conclusion that he “can’t afford to live” and that his only remaining option is to give up and die…

According to the CDC, more than 34 million Americans have diabetes.

Are they all supposed to “just die”?

Poverty is growing all around us, and we need to have deep compassion for those that are greatly suffering during this crisis.

Earlier today, I came across a list of things that Reddit users say they have personally done to get through hard times.  Here are a few examples from the list…

-“Never fill up the gas tank all the way. You don’t want to be in a situation where you have gas in your car but no groceries.”

-“If you use the oven during winter, when you’re done, leave it cracked so that the heat warms up the rest of the house more.”

-“Going to the doctor isn’t an option until your fever is sustained at 104, a bone is broken, or the tooth rotted and won’t fall out on its own.”

-“Not eating lunch because you either ‘just ate breakfast’ or ‘dinner’s only a few hours away.'”

-“Add water to shampoo to get it to last longer.”

-“Not being able to wash your clothes until you could do a full, and I mean FULL machine. Getting a stain on a fresh shirt meant scrubbing it with soap over the sink.”

From now on, each one of us needs to start living like every single dollar really matters.

You may think that you are doing okay now, but a job loss, a major car repair or a medical emergency could literally strike at any time.

In this economic environment, most Americans are living paycheck to paycheck, and that means that most of the country is literally just a step or two away from financial disaster.