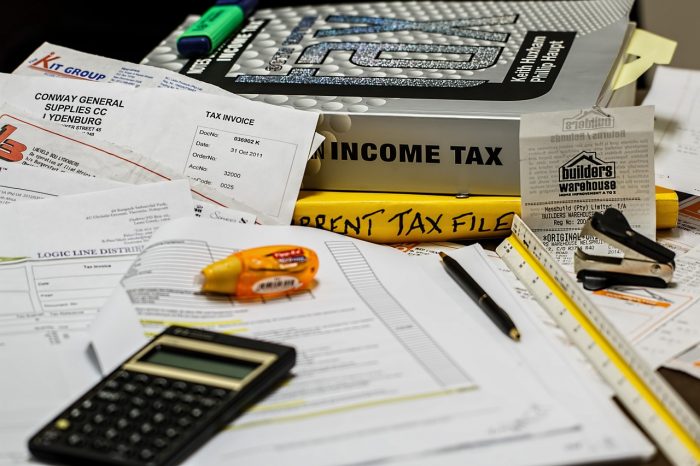 The left wants to raise your taxes, and most Americans are okay with that. I was shocked by the numbers that I am about to share with you, and I think that you will be shocked too. Once upon a time, being labeled as a “tax and spend liberal” was one of the worst things that could happen to a politician. During the presidential election of 1984, Walter Mondale was very honest about the fact that he wanted to raise taxes on the American people, and Ronald Reagan absolutely crushed him with that. In the end, it was one of the greatest election night landslides in history. But this time around we could potentially see the opposite. If things go badly for Trump, we could actually see a “tax and spend liberal” turn the map mostly blue in 2020. I know that sounds very, very strange, but the latest poll numbers show that the American people strongly support raising taxes on the wealthy.

For example, the most recent Politico poll found that 76 percent of registered voters believe that taxes should be raised on the richest Americans…

Those numbers are absolutely overwhelming.

When even a Fox News survey shows that most Republicans want higher taxes, then you know that something has dramatically changed.

And this high level of support for tax increases persists even when voters are asked about specific proposals from Democrats on the far left. If you can believe it, 59 percent of Americans are even in favor of AOC’s proposal to raise the highest marginal tax rate to 70 percent…

A plan from first-term Rep. Alexandria Ocasio-Cortez (D-N.Y.) to slap a 70 percent marginal rate on income earned over $10 million clocked in at 59 percent support in a recent Hill/HarrisX poll.

The new POLITICO/Morning Consult poll, conducted Feb. 1-2, found that 61 percent favor a proposal like the “wealth tax” recently laid out by Sen. Elizabeth Warren (D-Mass.) that would levy a 2 percent tax on those with a net worth over $50 million and 3 percent on those worth over $1 billion. Just 20 percent opposed the idea. The poll surveyed 1,993 registered voters and carries a margin of error of plus or minus 2 percent.

To me, voting for politicians that unashamedly want higher taxes is kind of like voting for more root canals or more telemarketing calls during dinner.

But right now the poll numbers clearly show that the left is winning the battle for hearts and minds, and that is a huge problem for the Republican Party.

Today, many Democrats work very hard to fight for their agenda in the court of popular opinion, but meanwhile most Republicans in Congress are simply “seat fillers” that make absolutely no effort to educate the public. This is something that must change if Republicans hope to ever turn things around.

So why do Democrats want higher taxes?

Well, the primary reason they need higher taxes is to pay for multi-trillion dollar programs such as the “Green New Deal” and “Medicare For All”.

“Upgrade or replace every building in US for state-of-the-art energy efficiency.”

The Green New Deal is “a 10-year plan to mobilize every aspect of American society at a scale not seen since World War 2 to achieve net-zero greenhouse gas emissions.”

“It’s unclear if we will be able to decommission every nuclear plant within 10 years, but the plan is to transition off of nuclear and all fossil fuels as soon as possible.”

“Build out highspeed rail at a scale where air travel stops becoming necessary”.

“We believe the right way to capture carbon is to plant trees and restore our natural ecosystems. CCUS technology to date has not proven effective.”

“Ensure that all GND jobs are union jobs that pay prevailing wages and hire local.”

Nobody knows for sure what all of that will cost, but needless to say the total would be in the trillions of dollars.

But most Americans are not in favor of higher taxes on the wealthy because they want to see such radical proposals come to fruition.

Rather, they like the idea of higher taxes because they think somehow they will get some goodies out of it.

In recent years, politicians on the far left have gotten a lot of mileage out of turning all of our basic needs into “rights”. They have been boldly declaring that all Americans should have a “right” to housing, health care and a basic college education even if they don’t want to work for those things.

But if you are “entitled” to something, then that means that somebody else has to pay for it.

And most Americans are in favor of that concept until it becomes their turn to pay.

The Babylon Bee is a satire website, and their recent article about taxes was quite humorous…

“I am a very generous person, so I believe everyone else needs to pay their fair share,” said Lyle Hartright of Maine. “Everyone that isn’t me, I mean.”

“These are stunning results,” said one analyst. “We always believed that Americans were generous, but we never knew how generous. To offer to raise taxes to 70% or more on other people just goes to show how much compassion people have.”

America has already traveled quite far down the road toward socialism, and instead of reversing course, it looks like the American people want to pick up the pace.

But all we have to do to see where that road leads is to look at Venezuela. Unfortunately, most Americans are not making that connection at this point.