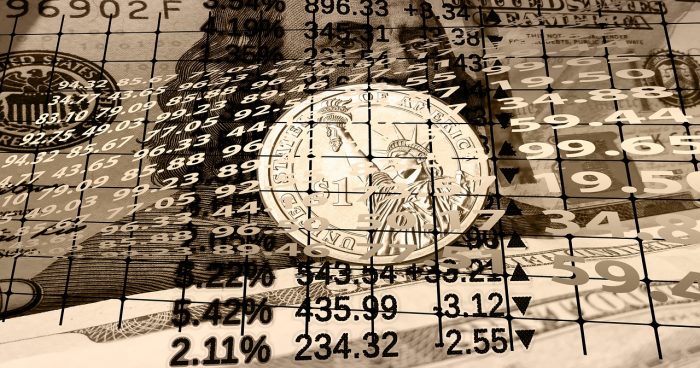 Have you ever heard of the “Sound Advice Risk Indicator”? Every single time in our history when it has gone above 2.0 the stock market has crashed, and now it has just surged above that threshold for the very first time since the late 1990s. That doesn’t mean that a stock market crash is imminent, but it is definitely yet another indication that this stock market bubble is living on borrowed time. But for the moment, there is still quite a bit of optimism on Wall Street. The Dow set another brand new all-time record high earlier this week, and on Wednesday we learned that this bull market is now officially the longest in our history…

For context, a bull market is defined as a 20% rally on a closing basis that’s at no point derailed by a subsequent 20% decline. March 9, 2009, has long been the agreed-upon starting point for such calculations because that was the absolute bottom for the prior bear market, which ended that day.

The S&P 500 has surged a whopping 323% over the period, with its roughly 19% annualized return slightly lagging behind the historical bull market average of 22%.

Of course the U.S. economy has not been performing nearly as well. Even if you accept the highly manipulated numbers that the federal government puts out, we haven’t had a year when GDP grew by at least 3 percent since the middle of the Bush administration.

It simply is not possible for stock prices to continue to soar about 20 percent a year when the U.S. economy is growing less than 3 percent a year. At some point a major adjustment is coming, and it is going to be exceedingly painful.

Author Gray Cardiff has been touting his “Sound Advice Risk Indicator” for many years. He believes that the relationship between the S&P 500 and the median price of a new house in the United States is very important, and this is the very first time since the late 1990s that this indicator has entered the danger zone…

The “Sound Advice Risk Indicator” is a different story. This indicator, the brainchild of Gray Cardiff, editor of the Sound Advice newsletter, is derived from the ratio of the S&P 500 to the median price of a new U.S. house. For the first time since the late 1990s, and for only the sixth time since 1895, this indicator has risen above the 2.0 level that represents a major sell signal for equities.

So should we be concerned?

In previous instances when this level has been breached, a crash hasn’t always happened right away, but in every instance the market eventually fell “by 50 % or more”…

To be sure, Cardiff is quick to emphasize, his risk indicator is not a short-term market timing tool. In the wake of past occasions when it rose above 2.0, for example, equities stayed high or even continued rising “for many months, sometimes even a couple of years.” However, he continues, “in all cases, a major decline or crash followed, pulling down stock prices by 50% or more.”

Because Wall Street is so highly leveraged today, a 50 percent decline in stock prices would be totally catastrophic. Banks would go down one after another, and we would be facing a financial crisis that would make 2008 look like a Sunday picnic.

And the truth is that much of the world is already in crisis mode. The mainstream media is telling us that Italy is teetering on the brink of “financial disaster”, and China appears to be entering a serious economic downturn as the trade war begins to take a substantial toll on their economy.

Meanwhile, emerging market currencies continue to plummet, and this week it has been Brazil’s turn to capture the headlines. The Brazilian real is absolutely crashing, and many analysts are pointing to their internal problems as the cause…

According to analysts the devaluation of the Brazilian real is not due to the current foreign turbulence but to internal uncertainties and the upcoming October presidential elections.

“The (Brazilian) real was not devalued sixteen percent because of Turkey or other external reasons, it was because the rate of R$3.00 to R$3.30 (per US$1) was absolutely incompatible with the status quo of the Brazilian economy and the expressiveness of the country’s fiscal debt,” said Sidnei Moura Nehme, executive director at NGO.

At the same time, trouble signs continue to emerge here in the United States.

On Wednesday, we learned that Lowe’s is planning to shut down 99 Orchard Supply Hardware stores…

The company said Wednesday that the 99 Orchard Supply Hardware stores that Lowe’s owns in California, Oregon and Florida, as well as a distribution center, will be shut down by the end of the fiscal year.

Orchard Supply Hardware has 4,300 employees. Ellison said in the earnings release that the chain’s workers will be given “priority status” if they apply for other jobs at Lowe’s and will also receive job placement assistance and severance.

If the U.S. economy really was in good shape, why would they be doing that?

Ultimately, most people out there realize on some level that our current economic situation is not sustainable. Stock prices have become completely detached from reality, and we are enjoying a ridiculously high standard of living that has been fueled by the greatest debt binge that the world has ever seen.

We can steal from the future for an extended period of time, but eventually it will catch up with us.

When the stock market finally crashes, the mainstream media will treat it like a big surprise, but the truth is that it shouldn’t catch anybody off guard. Key stock valuation ratios always return to their long-term averages eventually, and in this case stock prices are going to have to fall at least 40 or 50 percent before they begin to make sense again.

But as I noted earlier, our system is so fragile that we won’t be able to handle that kind of an adjustment.

Our system almost completely collapsed in 2008, but what we are facing is going to be much worse than that. Most of the wealth of the country will be wiped out in the process, and it will be an exceptionally painful time for the American people.