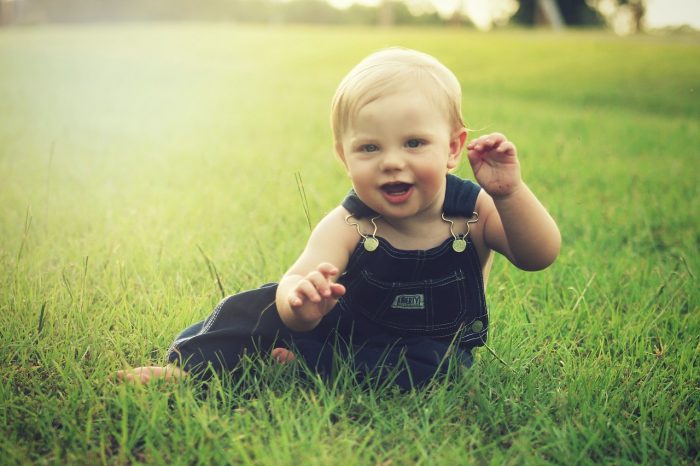 Should we be teaching young boys to reject traditional masculinity? According to the American Psychological Association, that is precisely what we should be doing. In this day and age, “traditional masculinity” has been renamed “toxic masculinity”, and an all-out attempt is being made to eradicate traditional forms of male behavior from our society. We see this happening in our classrooms, we see this happening in popular culture, and lately this new agenda is being constantly pushed by the mainstream media. For example, the New York Times just published a piece about the new guidelines for men that the American Psychological Association recently issued. Their article was entitled “Traditional Masculinity Can Hurt Boys, Say New A.P.A. Guidelines”, and it suggests that we need to totally redefine what it means “to be a man”…

The guidelines, 10 in all, posit that males who are socialized to conform to “traditional masculinity ideology” are often negatively affected in terms of mental and physical health.

They acknowledge that ideas about masculinity vary across cultures, age groups and ethnicities. But they point to common themes like “anti-femininity, achievement, eschewal of the appearance of weakness, and adventure, risk, and violence.”

In other words, they want men to become weak, feminine under-achievers that never take risks and never go on adventures.

And to a significant degree, the elite have already made quite a bit of progress in removing traditional masculinity from our society. Today, millions upon millions of American men feel lost, defeated and beaten down. And even the APA’s official article about these new guidelines acknowledges that we have a very real crisis on our hands…

But something is amiss for men as well. Men commit 90 percent of homicides in the United States and represent 77 percent of homicide victims. They’re the demographic group most at risk of being victimized by violent crime. They are 3.5 times more likely than women to die by suicide, and their life expectancy is 4.9 years shorter than women’s. Boys are far more likely to be diagnosed with attention-deficit hyperactivity disorder than girls, and they face harsher punishments in school—especially boys of color.

But instead of embracing masculinity, the solution that the American Psychological Association is pushing is to try to eradicate it altogether.

They openly admit that they are trying to “change” the culture, and they argue that traditional masculinity had been hindering our society “by conferring benefits to men and by trapping them in narrow roles”…

First, clinicians must be aware of dominant masculine ideals, and cognizant of their own potential biases. Second, they must recognize the integrated nature of masculinity, and how factors ranging from spirituality to ability status to age and ethnicity interact. Mental health professionals must also understand how power, privilege and sexism work both by conferring benefits to men and by trapping them in narrow roles.

The underlying message is that if you wish to embrace traditional masculinity you are a bad person, and we see this message reinforced in popular culture all the time.

For instance, in literally hundreds of television shows and movies, fathers are portrayed as bumbling dolts that are always getting into some sort of trouble. Meanwhile, their wives are portrayed as the smart, capable, responsible ones.

Or if there is a “bad guy” in a television show or movie, there is a more than 95 percent chance that it is going to be a man. At the same time, there is a concerted effort by Hollywood to portray women as executives, leaders and achievers.

They say that art imitates life, but in this case life is imitating art. At this point, females are greatly outperforming males at every level of education…

“Girls outperform boys in elementary school, middle school, high school, and college, and graduate school,” says Dr. Michael Thompson, a school psychologist who writes about the academic problems of boys in his book, “Raising Cain.” He says that after decades of special attention, girls are soaring, while boys are stagnating.

Women earned approximately 57 percent of the bachelor’s degrees awarded by U.S. institutions of higher education in the 2016-2017 academic year, according to data released this week by the National Center for Education Statistics, which is part of the U.S. Department of Education.

That, according to NCES data, makes 2016-2017 the eighteenth straight academic year in which women have earned approximately 57 percent of the bachelor’s degrees awarded by U.S. colleges and universities.

Clearly we have a huge problem. But according to the American Psychological Association, it is a bad thing for young boys to put an emphasis on “achievement”.

Of course the truth is that masculinity is not “toxic” at all. Just like femininity, masculinity should be embraced and celebrated.

But instead, the elite are spreading very toxic ideas that are deeply dividing the American people. I really like how author Heather MacDonald made this point…

America is in crisis, from the university to the workplace. Toxic ideas first spread by higher education have undermined humanistic values, fueled intolerance, and widened divisions in our larger culture. Chaucer, Shakespeare and Milton? Oppressive. American history? Tyranny. Professors correcting grammar and spelling, or employers hiring by merit? Racist and sexist. Students emerge into the working world believing that human beings are defined by their skin color, gender, and sexual preference, and that oppression based on these characteristics is the American experience. Speech that challenges these campus orthodoxies is silenced with brute force.

The American people are more deeply divided than ever before, and it is difficult to imagine such a deeply divided nation having any sort of a positive future.

We have got to learn how to love one another, and it would greatly help if we could rediscover the shared values that once made this country so great.

Unfortunately, the politically-correct crowd is becoming more dominant with each passing year, and they are absolutely obsessed with permanently altering our culture.