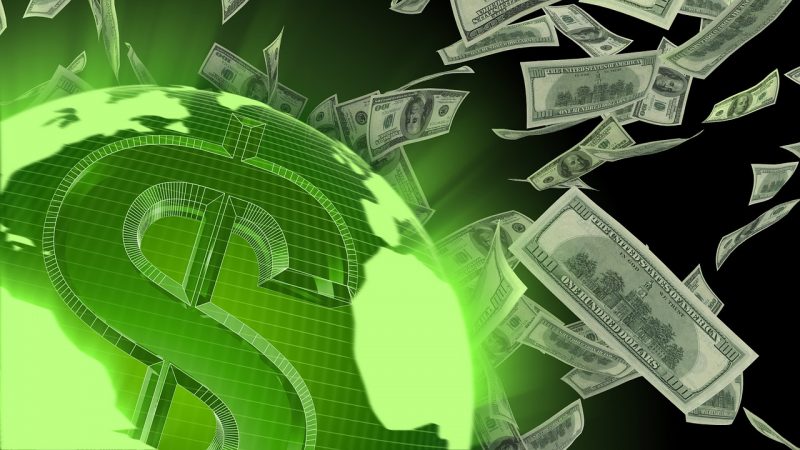 Liquidity injections are like a drug, and the financial markets just can’t get enough of them.  But as they were endlessly juicing the stock market, officials at the Federal Reserve broke one of the cardinal rules of drug dealing.  You never get high on your own supply.  It turns out that quite a few of the big dogs over at the Fed have very large investments which greatly benefitted from all of the cash that the Federal Reserve was endlessly pumping into the marketplace.  If that sounds “extremely corrupt” to you, that is because it is extremely corrupt, and it is another example that shows why the Federal Reserve should be completely abolished.

Earlier this week, the entire nation was stunned when news of this scandal first started to break…

They knew that flooding the financial system with new money would cause the value of those investments to go up.

In other words, they made conscious decisions that they knew would make themselves even richer.

This is the sort of extreme corruption that we would expect to see in third world dictatorships, but it is happening right here in the United States of America.

But at least nobody got hurt, right?

As the Federal Reserve and other global central banks have been flooding their respective systems with unprecedented amounts of new money, food prices have been aggressively rising all over the globe…

Whether for bread, rice or tortillas, governments across the world know that rising food costs can come with a political price. The dilemma is whether they can do enough to prevent having to pay it.

Global food prices were up 33% in August from a year earlier with vegetable oil, grains and meat on the rise, data from the United Nations Food and Agriculture Organization show. And it’s not likely to get better as extreme weather, soaring freight and fertilizer costs, shipping bottlenecks and labor shortages compound the problem.

You and I may be able to handle rising food prices (at least for now), but on the other side of the globe there are scores of people that are deeply suffering at this moment…

Filipino broom maker Gloria Hernandez longs for chicken and milkfish — big milkfish. She can only afford small ones now, and they don’t add up to a decent meal. She eats rice with coffee twice a day so she doesn’t feel hungry. Fried eggs and bread — those are the foods Nigerian clergyman Femi Oyekan Moses used to eat all the time and misses the most. Now he mainly eats beans and corn and often skips lunch.

Hernandez and Moses are part of an emerging group who could once provide regular meals for themselves and their families but are now struggling because of the pandemic. They’re not on the verge of starvation as so many millions are, but they’re suffering from what’s called “food insecurity” in moderate to severe degrees, unable to afford a balanced and nutritious diet because of income loss and rising prices.

In fact, it is being reported that the number of people around the world that are facing “food insecurity” increased by 320 million in just 12 months…

According to a July report from the World Food Programme and the World Health Organization, 2.37 billion people worldwide, or one in every three people, were in that latter category in 2020. That’s an increase of 320 million people in one year.

Hundreds of millions of people do not have enough food to eat tonight because global central bankers wanted to make themselves and their wealthy friends even wealthier.

You can call that whatever you want.

In recent years there have been people running for office that were calling for the Federal Reserve to be abolished, but they didn’t get the kind of support that they deserved.

Hopefully these shocking new revelations about Fed officials will start to wake more people up.

I would love see a renewed “End the Fed” movement in this country.

Because the truth is that we do not need a central bank to prop up our financial system and run our economy.  We are supposed to have a free market economy, and our financial markets are not supposed to be a rigged game.

What has been going on at the Fed should actually not surprise any of us, because it is simply a reflection of the deep corruption that we are seeing on just about every level of our society.

Without at least some basic level of morality, no society can survive for long.

Sadly, the level of morality in our society continues to sink, and it is often those that walk the halls of power that are the most corrupt of all.