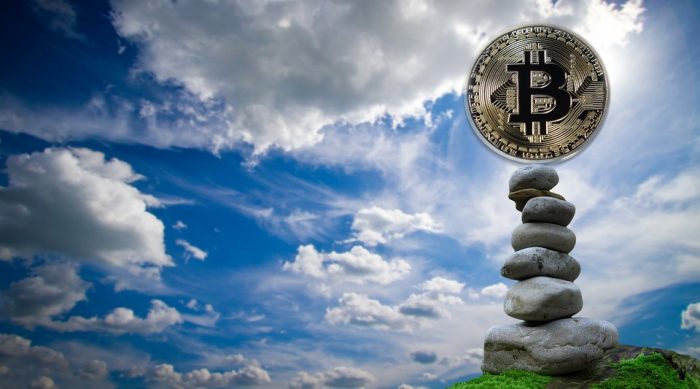 Demonization is the first step toward making something illegal. Over the past couple of months, Bitcoin and other cryptocurrencies have experienced a tremendous surge in popularity. Personally, I was completely floored the other day when my nephew wanted to ask me questions about investing in Bitcoin. It seems like the whole world is getting caught up in the cryptocurrency revolution, and needless to say, the powers that be cannot be thrilled about this. Independently-controlled cryptocurrencies represent an existential threat to the global debt-based central banking system that we have today, and so the elite have a very strong incentive to bring about the demise of Bitcoin and other emerging cryptocurrencies.

So it is no surprise that one of the key mouthpieces for the elite, the Washington Post, has begun to demonize Bitcoin. And if you are going to demonize something, one of the fastest ways to do that is to link it with racists. The following is an excerpt from an article that the Post just published entitled “Bitcoin’s Boom Is A Boon For Extremist Groups”…

Even before Charlottesville, Richard Spencer, a prominent member of the alt-right, a group that espouses racist, anti-Semitic and sexist views and seeks a whites-only state, had gone as far as declaring bitcoin “the currency of the alt right.” But far-right political leaders and experts on extremist movements alike say the adoption of bitcoin gained new urgency after Charlottesville as extremists looked for ways to operate beyond the reach of government control and the shifting policies of U.S. tech companies.

For those of us that are accustomed to thinking critically, we see right through what the Washington Post is trying to do. The Bitcoin phenomenon has absolutely nothing to do with Richard Spencer and his ilk, but every time the liberal elite want to demonize someone or something they trot out their favorite boogeyman once again.

Just like every other currency, Bitcoin can be used for good purposes or for bad purposes. But the Washington Post article would have us believe that Bitcoin is at the core of some great “racist conspiracy” that is about to take America by storm…

Extremist figures who invested in bitcoin as a bulwark against efforts to block their political activity now find themselves holding what amount to winning lottery tickets. The proceeds could be used to communicate political messages, organize events and keep websites online even as most mainstream hosting services shun them, experts say.

The truth, of course, is that these sorts of racists are a very, very small fraction of one percent of the U.S. population. They are so small in numbers that they are not even worth mentioning, but the Washington Post and other liberal outlets love to give them attention because they make the perfect enemies for the narratives that they are trying to promote.

Later on in the article, there was an effort to link Bitcoin to drug traffickers, money launderers and those who use the Internet for other dark purposes…

Extremists are hardly alone in benefiting from surging bitcoin values. Early buyers include cryptography enthusiasts, libertarians and professional investors – as well as drug traffickers, money launderers and others who regularly conduct transactions on the “dark Web,” a part of the Internet only accessible using specialized software that helps shield online activity.

The “logical conclusion” that many on the left are going to come to after reading such an article is that Bitcoin must be banned.

In the months and years ahead, I would expect to see a major push to crack down on cryptocurrencies. And once independent cryptocurrencies have been dealt with, the elite will promote their own versions as the long-term solution.

According to the Post article, the Southern Poverty Law Center is currently tracking 200 Bitcoin wallets that they believe are owned by extremists. Apparently, every single transaction that involves these accounts is being monitored…

Public blockchain records make such monitoring possible. Researchers can study the times, dates and amounts of any transaction, along with what accounts are involved. That does not include the actual names of account holders, but such records can illuminate identities. The SPLC, for example, looks on the donation pages of extremist websites for bitcoin accounts that are seeking contributions.

If the elite are ultimately able to convince the general public that Bitcoin and other cryptocurrencies are for racists, criminals, tax evaders and drug dealers, that will make it much easier to crack down on them.

But of course blockchain technology is here to stay. Once the elite are able to move the public away from “unregulated cryptocurrencies”, they will simply introduce “Fedcoin”, “Utility Settlement Coin” or whichever other digital currency that they want to promote at the time.

For the moment, however, the cryptocurrency revolution is still raging. Even as I write this article, the price of Bitcoin is flying all over the place. At the moment it is sitting at $14,730, but that will change in a few moments.

I would anticipate even more volatility as we head into 2018, and other experts seem to be of the same opinion. For example, just consider what Nick Colas is saying…

Nick Colas, co-founder of DataTrek Research, has been following the bitcoin phenomenon for at least four years. Looking ahead to 2018, he sees more volatility for an asset that has soared nearly 1,600 percent over the past year.

“Bottom line: bitcoin can rally to $22,000 and still be reasonably priced, or plummet to $6,500 and also be correctly valued,” Colas said in his daily note. “We expect to see bitcoin trade for both prices in 2018.”

But as I have said before, the key to this phenomenon is not how high the price of Bitcoin can climb.

Rather, the key is if Bitcoin or other cryptocurrencies can truly become methods of exchange that are widely used outside of the control of national governments and global central banks.

If we can create a truly autonomous financial system that is independent of the current debt-based system, that would be a wonderful thing for humanity.

Unfortunately, the elite are going to fight very hard to keep that from happening, because control over currencies is one of the main factors that allows them to have so much control over the entire planet.