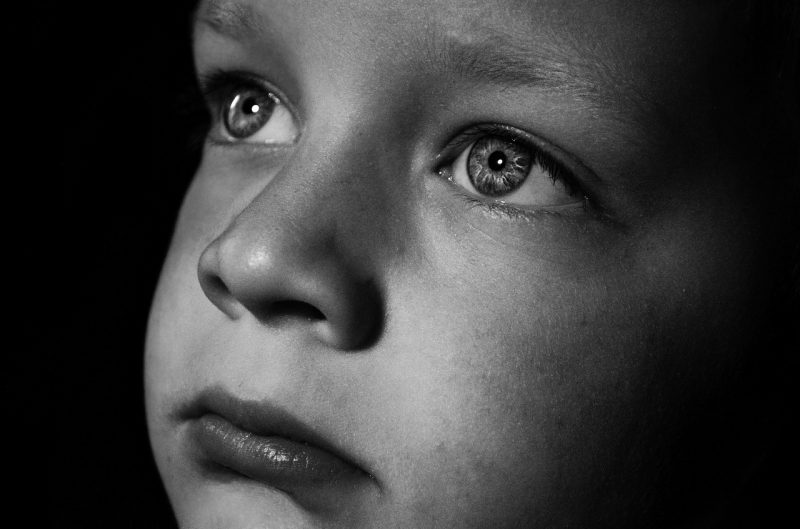 There are approximately 74 million children in the United States, and right now millions upon millions of them do not have enough to eat.  The economic collapse that has started in 2020 has been brutal for most of the nation, but it has hit children particularly hard.  If their parents lose their jobs, there is nothing that they can do except hope that government handouts and the kindness of others will be enough.  Unfortunately, way too often they are not enough, and at this point Feeding America is projecting that one out of every four children in America could suffer from hunger by the end of this calendar year…

By the end of this year, more than 50 million people could experience food insecurity, according to Feeding America, the country’s largest hunger-relief organization. That’s one in six Americans and one in four children—nearly a 50 percent increase from 2019. A Northwestern University study in June found that food needs had doubled nationally, and tripled for households with children. The pandemic has laid bare how many people are one paycheck or medical bill away from hunger.

Prior to the pandemic, more than 20 million children were at least getting free or reduced price lunches at school.  When lockdowns force the closing of schools, that just makes the hunger crisis even worse…

“There are 22 million children who even before this pandemic relied upon free and reduced lunch,” said Claire Babineaux-Fontenot, the CEO of Feeding America. “When you hear that schools are closed, not only does that mean that there are challenges for children with an education, but it also means lost meals.”

The good news is that the U.S. has a vast network of food banks all over the country, and they have been able to help more people than ever this year.

According to Feeding America, their food banks have “seen a 60 percent increase in demand” compared to last year.

But the bad news is that there simply is not going to be enough food if demand continues to soar in the months ahead.  In Alabama, demand at one food pantry has risen 20 percent just since last month…

In central Alabama, demand at the Grace Klein food pantry is up 20% since last month. “It could be the rumours of civil unrest or the rise in Covid cases driving demand, but people are living off this food,” said director Jenny Waltman. The pantry is currently serving about 12,000 people each week, compared with 2,500 a week before the pandemic. The 200 volunteers and staff are exhausted, said Waltman.

At one of Chicago’s most important food pantries, the amount of food given out is up 237 percent compared to last year, and the CEO of that facility says that the new lockdowns are causing demand to start to surge once again…

In Chicago, the Lakeview pantry has provided groceries for 237% more people so far this year compared to 2019, with demand “ramping up again” after leveling off slightly over the summer, according to CEO Kellie O’Connell. “The pandemic has brought to light how normal wasn’t working for so many people, especially black and brown communities.”

And in California, the head of the Tulare County food bank says that “a food cliff is looming” because demand is becoming so intense…

In rural California, s at least one food bank braced for a “food cliff” that could leave it unable to serve clients heading into the new year.

All over America people have been sleeping in their vehicles and waiting for hours just to get handouts from their local food banks.

If economic conditions continue to get even worse, many food banks will soon not have any hope of meeting the crushing demand.

Unfortunately, the truth is that economic conditions are getting worse with each passing day.  This new wave of lockdowns is causing more businesses to fail and forcing more layoffs, and that is going to mean that a whole lot more people will soon fall into poverty.

I don’t know why the politicians would want to institute more lockdowns after the immense damage that the first wave of lockdowns created.  Hundreds of thousands of businesses closed down for an extended period of time, and a significant percentage of them have never reopened…

Other data from the University of California Santa Cruz shows the number of closures could be even higher, with more than 316,000 businesses closed between February and September, which puts the number of daily closures at 1,500 a day.

Meanwhile, the New York Post recently reported that Harvard-run database TrackTheRecovery.org showed 27.8% of small businesses in New York haven’t reopened their doors since January. In New Jersey, 31.2% remain closed. The national average, according to the database, is 29.8%.

Instead of heading for some sort of a “recovery”, now we are heading into a “dark winter” in which countless more businesses will be shuttered.

It is hard to imagine that the lines at the food banks could get even longer, but that appears to be exactly what we could be facing.

In fact, one recent survey found that over half of all U.S. households with children are “not very confident” that they will be able to buy the food that they need in the weeks ahead…

Looking ahead to the next four weeks, 56% of households with children nationwide are “not very confident” they will be able to afford needed food. Nine percent said they are “not at all confident.”

In Pennsylvania, 52% of households are “not very confident”; in New Jersey, the number is 55%.

This is what an economic collapse looks like, and what we have experienced so far is just the beginning.

We are entering a time when there is going to be such widespread economic despair, and we are all going to have to take care of one another if we hope to make it through this storm.

Decades of incredibly foolish decisions are catching up with our nation, and most Americans are completely and utterly unprepared for the very painful times which have now commenced.