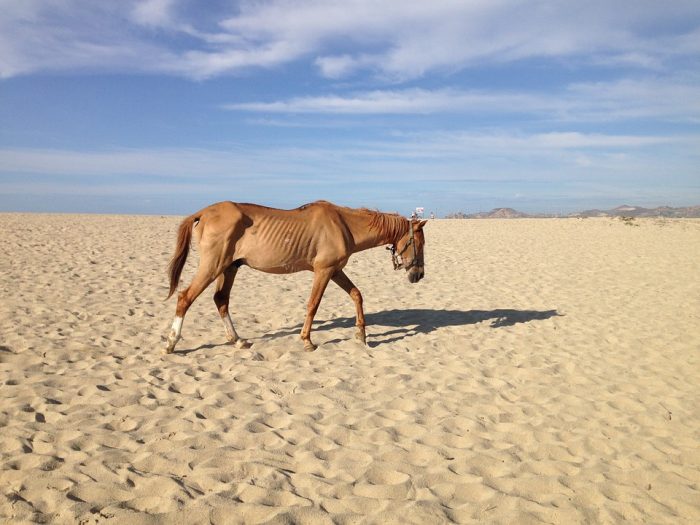 We always knew that this would start happening. Earlier this month, I wrote about the severe economic problems that are plaguing South America, but up to this point I have neglected to discuss the horrific famines that are breaking out all over Africa. Right now there is a desperate need for food in South Sudan, Somalia, northeast Nigeria, Eritrea and Kenya. And Yemen, even though it is not technically part of Africa, is being affected by many of the same factors that are crippling nations all over eastern Africa. The United Nations says that more than 20 million people could die from starvation and disease if nothing is done. When I write about economic collapse, this is the kind of thing that I am talking about, and we are starting to see alarming conditions spread across the globe. Many believe that we could never possibly face this kind of food crisis in the western world, but unfortunately wishful thinking will only get you so far.

The United Nations was formed in 1945, and the UN has just announced that what we are facing this year is “the largest humanitarian crisis since the creation of the UN”. The following comes from a CNN article entitled “20 million at risk of starvation in world’s largest crisis since 1945, UN says“…

“We stand at a critical point in history. Already at the beginning of the year we are facing the largest humanitarian crisis since the creation of the UN,” UN humanitarian chief Stephen O’Brien said Friday.

“Now, more than 20 million people across four countries face starvation and famine. Without collective and coordinated global efforts, people will simply starve to death. Many more will suffer and die from disease.”

It would be hard to overstate the level of human suffering that we are witnessing in many parts of Africa at this moment. In Somalia, the UN estimates that more than 6 million people are in desperate need of food aid…

As Somalia inches closer to a calamitous famine, the prospect of utter devastation and colossal loss of human life is once again becoming an imminent reality. The humanitarian situation in Somalia is deteriorating by the day with up to 6.2 million people in need of urgent aid. People across Somalia have been forced to walk hundreds of miles in search of food, water and shelter- with women and children disproportionately affected. Over 300,000 children under the age of five are severely malnourished, with over 200,000 more children at risk of acute malnutrition.

In South Sudan, close to half the population is in dire need of assistance, and things have gotten so bad there that people will literally eat grass if they can find it…

Across South Sudan more than one million children are believed to be acutely malnourished and UNICEF have said that if urgent aid does not reach them, many of them will die. “There is no food, we eat anything we can find,” one South Sudanese mother told ITV. “We will find grass, we will eat it. That’s just the way it us for us now.”

Over in Yemen, there are about seven million people in need of food help, and authorities are warning that if nothing is done “millions of children” could starve to death…

“We keep on talking about a country that’s on the brink of famine, but for me these numbers highlight that we’re at the point of no return. If things are not done now we are going to be looking back on this and millions of children will have starved to death, and we’ll all have been aware of this for some time. That will shame us as an international community for years to come.

Eritrea was not specifically included in the recent UN alert, but it should have been. Much of the country has been hit by a crippling drought, and approximately half of all children in Eritrea are stunted…

But we cannot understand why Eritrea is not included in the appeal. Unicef has confirmed what we know from our friends and families inside the country. In a report in January, the agency said that the El Niño drought has hit half of all Eritrea’s regions. Acute malnutrition is widespread. As Unicef put it: “Malnutrition rates already exceeded emergency levels, with 22,700 children under five projected to suffer from severe acute malnutrition in 2017 … Half of all children in Eritrea are stunted, and as a result, these children are even more vulnerable to malnutrition and disease outbreaks.”

We have been warned that there would be famines in diverse places in these times. But here in the western world we tend to be lulled into a false sense of security by our comfortable lives, not realizing that the massively inflated standard of living that we have been enjoying has been fueled by the largest mountain of debt in the history of the planet.

In Kenya, a national emergency has been declared due to drought and famine. For those of you that are parents, what would you do if your children were crying out for food but you didn’t have anything to give them? The following story from Kenya is beyond heartbreaking…

Emmanuel Ayapar is three years old and can no longer walk. The flesh on his legs, which dangle from his mother’s hip as she carries him around, is wasting away.

He seems listless and sad, tongue flicking repeatedly in and out of his mouth.

‘We do not have enough food,’ said Veronica, his 28-year-old mother. ‘We eat only once a day.’

The little boy is suffering from severe malnutrition and is at risk of starving to death. He weighs just 15lb – half the typical weight for a boy of his age.

I don’t even know what to say after that.

In the western world we can be so incredibly self-absorbed that we don’t even realize that children are literally starving to death on the other side of the planet.

Hopefully those of us that live in “wealthy” western countries will step up to the plate and aid those in need, and hopefully this crisis will also help us to understand that we need to prepare for the day when things get difficult in our own nations too.