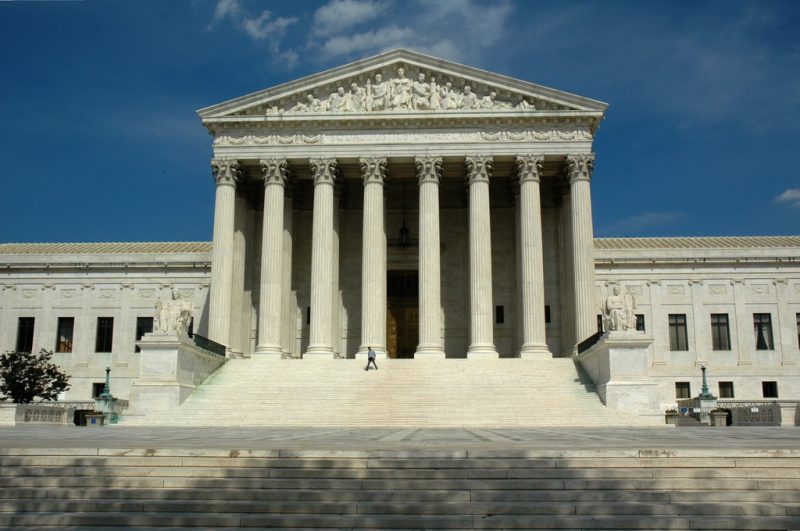 Will the Supreme Court officially overturn Roe v. Wade by the end of this week?  Back in May, a draft opinion that indicated that the Supreme Court was going to overturn Roe v. Wade got leaked to the public, and there have been endless protests since that time.  Pro-abortion activists have been trying to get the justices to change course, because a draft opinion is definitely not a final opinion.  They were hoping that one or more justices would flip before the ruling is official.  If that wasn’t in the cards, many of them were hoping that Chief Justice John Roberts would decide to join the majority and assign the opinion to himself.  Needless to say, an opinion written by Roberts would look far different from an opinion written by Samuel Alito.  There is so much that could be going on behind the scenes, and we just won’t know what to think until the final opinion is unveiled.

Could we be right on the verge of that happening?

Normally, the Supreme Court does not issue opinions on Friday.  However, if you go to the official website of the Supreme Court you will notice that this upcoming Friday has now been designated as a day when opinions will be issued.

This change was just made, and it has many speculating that this will be the day when the decision that overturns Roe v. Wade will finally be made official.

In Washington, announcements that are intended to fly under the radar are often made on Friday.  Of course there is no way that a Supreme Court decision that overturns Roe v. Wade could fly under the radar, but officials may be hoping that timing the announcement just before the weekend will help to reduce the intensity of any immediate protests a little bit.

Personally, I don’t see that happening.

But at least the justices may have enough time to get out of town for the weekend before the streets around the Supreme Court building go absolutely bonkers.

Senator Ted Cruz is very much looking forward to having Roe v. Wade overturned, but he is warning that there will be “organized riots”…

I very much concur with Senator Cruz.

Once the radicals on the left realize that any hope of altering the decision is gone, they are going to throw a massive temper tantrum.

In one of his recent articles, Dr. Michael Brown warned that “it’s going to get very ugly on the streets of America”…

You don’t need to be a rocket scientist or a prophet to know that, in the aftermath of Roe v. Wade, it’s going to get very ugly on the streets of America.

As I tweeted, “The overturning of Roe v. Wade is revealing the real spirit behind abortion. It is murderous, violent, angry, and full of venom and hate. The attacks on churches and pro-life clinics are par for the course. Abortion has become a pseudo-religious rite; it was never a moral right.”

Of course we have already seen pro-abortion activists commit quite a few acts of violence, and I have discussed some of these in previous articles.

In certain cases, pro-life organizations have actually been firebombed, and a militant group known as “Jane’s Revenge” has taken responsibility for several of those attacks.

Several branches of law enforcement are monitoring the activity of a radical abortion rights organization, Jane’s Revenge, which has promised violence against anti-abortion groups following an imminent decision from the Supreme Court regarding Roe v. Wade.

The militant group has already carried out acts of vandalism and firebombings against churches and crisis pregnancy centers, or CPCs, that try to dissuade women from seeking abortions and provide anti-abortion counseling to pregnant women, as well as provide some medical services, such as sonograms. Jane’s Revenge has issued public communiques detailing its plans to target CPCs that “impersonate healthcare providers in order to harm the vulnerable.”

And apparently Jane’s Revenge has been posting flyers around D.C. that are calling for a “night of rage” once the Supreme Court decision becomes official.

Many Americans will greatly celebrate when Roe v. Wade is overturned, and rightly so.

It will definitely be a major move in the right direction for our country.

But the truth is that the battle over abortion is just beginning.  After Roe v. Wade is overturned, each state will get to make their own laws regarding abortion, and at this point the vast majority of the population wants abortion to remain legal.

I wish that was not true, but it is true.

And the younger that you are, the more likely you are to be pro-abortion.

There are millions upon millions of young adults in America that are unashamedly pro-abortion even though they openly acknowledge that abortion kills children.  You can see a perfect example of what I am talking about in this video.

“I would get pregnant just to kill it” pic.twitter.com/bnt5Sp5kPy

Overturning Roe v. Wade is not going to solve this problem.

It is in the hearts and minds of our young people where the battle will be won or lost.

If we stay on the path that we are currently on, there is no future for our country.

In the coming weeks, we are going to have a national debate about abortion like we have never had before.

We are going to get to see exactly how this nation feels about abortion, and the whole world will be watching.