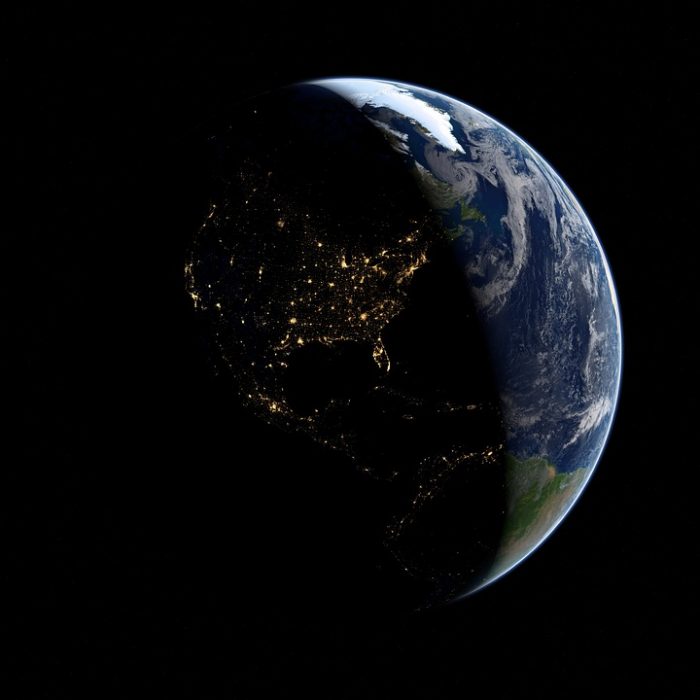 The United States and China are the two largest economies in the world by far, and the upcoming trade war that is about to erupt will be cataclysmic for both sides. The Trump administration and the Chinese government are both gearing up for a prolonged trade war, and this is going to have very severe implications for the entire global economy. During the campaign, Donald Trump repeatedly stated that we “can’t continue to allow China to rape our country”, and he was quite correct about that. Over the past ten years, the U.S. has run a trade deficit of over $2 trillion with China, and as a result of imbalanced trade we have lost tens of thousands of manufacturing businesses, millions of good paying jobs, and hundreds of billions of dollars of tax revenue.

So clearly something needs to be done to balance our trade with China and other countries. But the situation must also be handled delicately, because trade disruptions could bring substantial short-term economic pain.

Prior to winning the election, Trump threatened to unilaterally impose a 45 percent tariff on Chinese exports. Unfortunately, China is not just going to sit there and take whatever Trump throws at them. Every single time the U.S. has imposed tariffs on Chinese goods in the past, China has responded by slapping tariffs on U.S. goods.

And this time around, the Chinese are already preparing a very harsh response even though Trump has not officially made his move yet…

The policy advisers believe the Trump administration is most likely to impose higher tariffs on targeted sectors where China has a big surplus with the United States, such as steel and furniture, or on state-owned firms.

China could respond with actions such as finding alternative suppliers of agriculture products or machinery and manufactured goods, while cutting its exports of consumer staples such as mobile phones or laptops, they said.

Other options include imposing tax or other restrictions on big U.S. firms operating in China, or limiting their access to China’s fast-growing services sector, they added.

When this coming trade war erupts, economic activity will be reduced significantly. And considering the fact that U.S. economic growth is projected to be about one percent in the first quarter of 2017, that could be more than enough to push us into a deep recession.

Some of the biggest U.S. exports to China include airplanes, autos and agricultural products, and the Chinese are ready to attack on all of those fronts. The following comes from CNN…

Here’s what Global Times, a newspaper backed by the Communist Party, had to say about how Beijing would respond to tariffs of 45%:

“A batch of Boeing orders will be replaced by Airbus,” the paper said Monday. “U.S. auto and iPhone sales in China will suffer a setback, and U.S. soybean and maize imports will be halted.”

But once again, something must be done for the long-term good of our country. We have been allowing the Chinese to flood our shores with super cheap goods, but meanwhile they have already been hitting our products with ridiculously high tariffs. Here is just one example…

U.S.-made cars exported to China face tariffs of at least 25 percent, including American-made Cadillacs. The American-made Jeep Grand Cherokee costs $27,490 at U.S. dealerships and cost at least $85,000 in China.

What we have with China today is very far from “free trade”, and if they want to trade with us they need to do so on a level playing field.

But China will never allow that to happen. As Donald Trump has correctly stated, they have been “raping” us for years, and they are going to fight very hard to keep anything from upsetting the status quo.

Trump has got to do something for the long-term good of the U.S. economy, but he has also got to try to find a way to avoid a major trade war, because a major trade war would be exceedingly painful for both countries.

Most Americans don’t realize this, but more iPhones are actually sold in China than in the United States. And it is being projected that Boeing will sell nearly 7,000 airplanes to China over the next decade…

By the end of 2015, Chinese consumers bought 131 million iPhones. The total sales to U.S. customers during the same period stood at only 110 million. And iPhones are only a small part of U.S. exports. Boeing, which employs 150,000 workers in the U.S., estimates that China will buy some 6,810 airplanes over the next 20 years, and that market alone will be worth more than $1 trillion.

So what happens if all or part of that economic activity goes away?

According to one study, in the short-term millions of U.S. jobs could potentially be at risk if a major trade war happens…

“Millions of American jobs that appear unconnected to international trade—disproportionately lower-skilled and lower-wage jobs—would be at risk,” according to the PIIE study.

And of course a major trade war would hit American consumers very hard as well.

Just think about it. When you go into a Wal-Mart or a dollar store, are more of the products made in the United States or in China?

A trade war would hit all of us in the wallet as the cost of living goes up. And considering the fact that about two-thirds of the country is essentially living paycheck to paycheck, that would not be a good thing.

So yes, our trading relationship with China definitely needs to be rebalanced, but Trump needs to find a way to make this transition as minimally disruptive as possible.

A major trade war is just one of the “black swans” that could push us into the kind of economic nightmare scenario that I have been warning about for a very long time. And sometimes a trade war can serve as a prelude to a real war. The South China Sea has become a major sticking point between the U.S. and China, and the Chinese are getting ready to cross one of the “red lines” that Barack Obama established while he was still in office…

Beijing has plans to start construction on the disputed Scarborough Shoal this year.

China has reclaimed land in both the Spratly and Paracel Islands and constructed military outposts, but it has been hesitant to start construction on the Scarborough Shoal. Xiao Jie, the mayor of Sansha — an administrative base for China’s South China Sea activities masquerading as a city — said this week that China intends to construct environmental monitoring stations on a number of territories in the South China Sea, including the Scarborough Shoal.

So how will Trump respond when construction on Scarborough Shoal actually begins?

It will be very interesting to watch how that plays out.

The relationship between the United States and China was starting to deteriorate badly even before Donald Trump was elected, and it is very easy to see how it could totally break down in the months ahead.

And considering how interconnected the global economy is today, the United States and China could easily end up dragging down everyone else along with them.