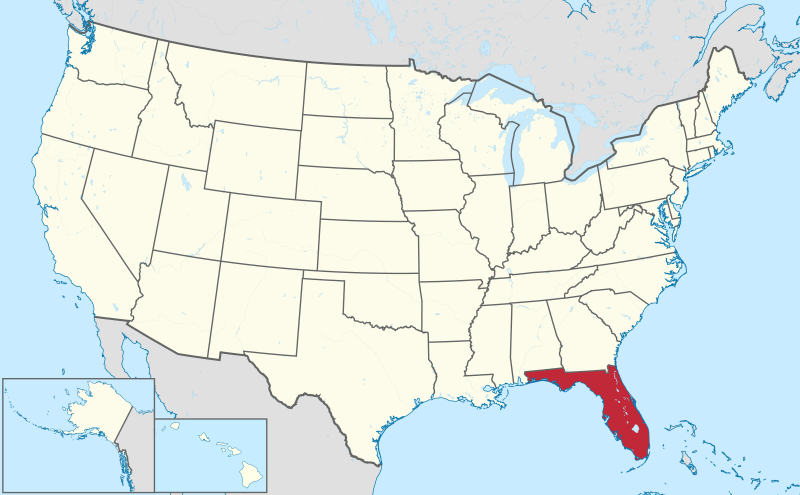 There was most definitely a “red wave” on Tuesday.  But it was not the sort of “red wave” that most Republicans were expecting.  Instead of a national “bloodbath”, the Republican Party greatly exceeded expectations in just one state.  Florida Governor Ron DeSantis beat Charlie Crist by a whopping 19 points, and several other Republican candidates won by double digit margins as well.  Florida is now being called a “red state”, but just four years ago it was considered to be a purple state.  In fact, in 2018 DeSantis defeated Andrew Gillum by just 0.4 percentage points.  So what has changed?  And why was there a “red wave” in Florida but not in other states?

But first, let’s take a moment to appreciate the magnitude of the victory that we just witnessed in Florida.  One Florida news source actually used the term “red tsunami” to describe what just happened…

Call it what you will, Republicans overwhelmed Democrats in Tuesday’s elections in Florida.

It wasn’t just DeSantis that absolutely pulverized his opponent.  In race after race, we witnessed blowouts on a scale that we usually never see in Florida…

All of these winners are Republicans, and all won by about a 17-20% margin.

As a result of this election, Democrats will not have a single statewide officeholder for the very first time in modern history.

In addition, Republicans were able to pick up three seats in the U.S. House of Representatives.

Now that is what I call a “red wave”.

But it is so important to remember that it wasn’t always this way in Florida.

In fact, Democrats came agonizingly close to winning the race for governor each of the last three times…

Democrats had come close in 2010, 2014 and 2018, losing by narrower margins each time. DeSantis defeated Democrat Andrew Gillum by just 0.4 points after having trailed in most polls.

Obviously, something changed dramatically between 2018 and 2022 in Florida.

If there had been a national “red wave”, it would have been really easy to dismiss what just took place in Florida because similar election results would have been coming in from all over the country.

Needless to say, that isn’t what happened, and the media really took note of the fact that we were “only seeing this red wave in Florida”…

“This time, the pollsters underestimated,” News 6 Political Analyst Dr. Jim Clark said. “What’s striking to me is that it looks like we’re only seeing this red wave in Florida. It doesn’t seem to be as big a sweep across the country.”

So what made Florida so different from other key battlegrounds?

It is actually very simple.

This year, Florida greatly strengthened their election laws.  The following comes from an official announcement about the election integrity bill that Governor DeSantis signed back in April…

Today, Governor Ron DeSantis signed Senate Bill (SB) 524, Election Administration, to ensure that Florida continues to have secure and accurate elections. This legislation will strengthen election security measures by requiring voter rolls to be annually reviewed and updated, strengthening ID requirements, establishing the Office of Election Crimes and Security to investigate election law violations, and increasing penalties for violations of election laws. To read more about the bill, click here.

“Twenty years ago, nobody thought Florida was a prime example of how to conduct elections, but we have become a national leader by running the most secure elections in the country,” said Governor Ron DeSantis. “We need to do more to ensure our elections remain secure. We have ended ballot harvesting, stopped drop boxes and the mass mailing of ballots, and banned Zuckerbucks, and this bill will give us more resources to make sure bad actors are held accountable.”

Officials in Florida are showing the rest of the nation how elections should be run.

The most important thing that they did was to end ballot harvesting.  In many states, it is literally legal for anyone to collect and return a voter’s mail ballot.  There are some areas where this is practiced on an industrial scale, and that is a massive problem.

In the past, those that have engaged in ballot harvesting have often preferred to dump collected ballots into unguarded drop boxes.  Officials in Florida have now severely restricted the use of drop boxes, and that was the second most important change that they made.

Now that Florida elections have been cleaned up, the results in 2022 looked completely different than they did in 2018.

But in other states where election laws were not changed, the results in 2022 looked very much like they have in past elections.

In the aftermath of his blowout victory, the New York Post is suggesting that Ron DeSantis is “DeFuture” of the Republican Party…

The New York Post didn’t waste any time. The cover of the tabloid Wednesday blared “DeFuture,” with a picture of DeSantis and his family. DeSantis’ rout Tuesday of Crist will only add fuel to the speculation about whether he will run for the White House in 2024 — and take on former President Donald Trump in the GOP primary. Trump could announce his candidacy as early as next week.

It will be very interesting to see if DeSantis decides to run against Trump.

But as we have just seen, Republicans should be far more concerned about the rules of the game than they are about specific candidates.

The integrity of our elections is of paramount importance, and my hope is that more Americans will start to realize this.