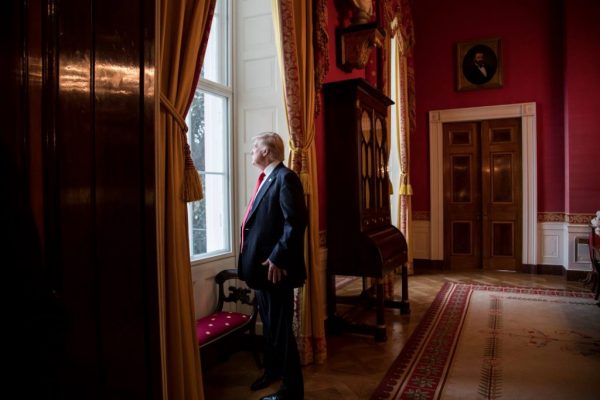 The most important congressional hearing in decades will begin at 10 a.m. on Wednesday. Attorney Michael Cohen was Donald Trump’s “fixer” for more than a decade, but now he has turned completely against Trump, and on Wednesday he is going to give the House Oversight Committee as much damaging information about Trump as he possibly can. In fact, as you will see below, he plans to testify that Trump committed “criminal conduct” after he entered the White House. Of all the challenges that President Trump has faced so far, this could potentially be the most difficult by a very wide margin. If Cohen gives the Democrats enough ammunition, they will likely attempt to initiate formal impeachment proceedings.

When you are an attorney, you often learn the deepest, darkest secrets of your clients. And normally you aren’t supposed to share those secrets with anyone, but Cohen is headed for prison and so he doesn’t really care about the consequences anymore.

If you have not been following the Michael Cohen saga closely, the following summary from Vanity Fair will help you understand how we got to this point…

For more than a decade, Cohen served as Donald Trump’s personal lawyer, business consigliere, and all-around doer of dirty deeds, as he’s put it. In early 2018, however, Cohen and his former boss found themselves at odds over an alleged hush-money scheme. Cohen quickly became the subject of a federal investigation, an infamous early-morning visit from a dozen F.B.I. agents armed with search warrants, and a constant victim of Trumpian Twitter invective. In the process, Cohen also became an unlikely, and formidable, player for the other side in the Mueller ordeal—a man with crucial knowledge about both the Stormy Daniels affair and the Trump Tower Moscow saga, who, after some time and major changes in his position within Trumpworld, was willing to spill. This impression was amplified when Cohen implicated the president under oath while pleading guilty in August to campaign-finance violations, among other financial crimes, and in November to lying to Congress. The following month, he was sentenced to three years in prison.

More than anyone else in the entire country, Michael Cohen could be the key to taking down the Trump presidency, and the Democrats know it.

Cohen spent more than 10 years taking care of Donald Trump’s problems, and now he is going to air that dirty laundry for all the world to see, and this has the potential to be completely and utterly disastrous for Trump.

We’ll see how bad it is tomorrow. Perhaps Cohen’s testimony will not be as bad as the left is hyping it up to be. But multiple mainstream news outlets are reporting that Cohen plans to testify about criminal actions that President Trump committed “after he assumed the presidency”…

A person familiar with Cohen’s planned testimony said he was prepared to testify about “criminal conduct” by Trump after he assumed the presidency. The person, who was not authorized to speak publicly, declined to characterize the conduct but said it happened during Trump’s first year in the White House.

In other words, Cohen could be about to give Democrats the justification that they need to try to impeach Trump.

During the 2016 election, Cohen made a very large “hush money” payment to adult film actress Stormy Daniels, and Cohen was ultimately convicted of a campaign finance violation because that money was never reported to the FEC. On Wednesday, Cohen reportedly plans to provide documents to Congress that will prove that Donald Trump wrote a check to reimburse him for that payment “after he became president”…

The documents include a check that Trump purportedly wrote after he became president to reimburse Cohen for a hush-money payment to the adult-film actress Stormy Daniels, who alleges she had an affair with Trump. Cohen says the money came from Trump’s personal bank account.

Personally, I don’t believe that “hush money payments” should be considered “campaign expenses” that must be reported to the FEC.

But it doesn’t matter what I think. Cohen was convicted of a crime for making such payments and not reporting them, and if these payments were ordered by Trump then Democrats believe that he is guilty of the same crime.

In addition to “criminal conduct” committed by Trump, Cohen also plans to allege that Trump “made racist remarks in front of him”…

More broadly, Cohen will go into personal and character accusations against Trump, saying the president made racist remarks in front of him such as questioning the intelligence of African-Americans, according to the person.

These is no law against making such remarks, but without a doubt such testimony could be extremely damaging to Trump.

Needless to say, the Trump administration is deeply disturbed that Cohen is being given this opportunity to testify before Congress.

Cohen lied to Congress before, and Sarah Sanders told the press that it is “pathetic to see him given yet another opportunity to spread his lies”…

White House spokeswoman Sarah Sanders called Cohen a “disgraced felon” and said that “it’s laughable that anyone would take a convicted liar like Cohen at his word, and pathetic to see him given yet another opportunity to spread his lies.”

In the end, Republicans that are loyal to Trump will defend the president and will try to discredit Cohen any way that they can.

On the other side, Democrats could finally feel like they have the ammunition to get rid of Trump once and for all. If Cohen’s testimony goes the way they are hoping, I anticipate that the major news networks will be full of talk about impeachment in the coming days.

Even if everything that Michael Cohen is alleging is true, I don’t think that Trump committed any impeachable offenses.

But of course the left sees things very differently. They have been desperate to take Trump down for a very long time, and now they may finally have their golden opportunity.