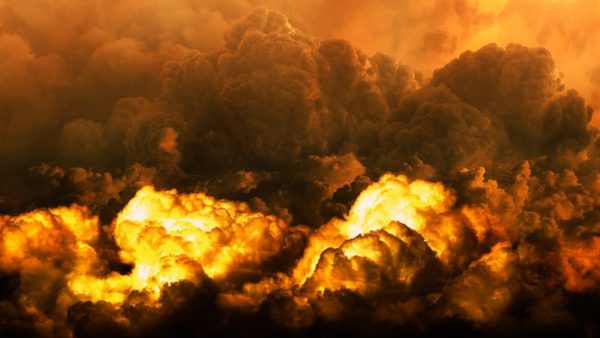 One country with a large nuclear arsenal just bombed another country with a large nuclear arsenal, and the mainstream media in the United States barely reported on it. And the mainstream media also almost entirely ignored the fact that Russia just publicly accused the United States of preparing to invade Venezuela. Could it be possible that the relative peace and stability that the globe has been experiencing is about to be greatly shaken? Even though I warned about a potential conflict between India and Pakistan just a few days ago, I was stunned when I found out that India had just bombed Pakistan for the first time in more than 40 years…

On Tuesday morning, India launched an airstrike on Pakistani territory, reportedly targeting a militant training facility. The airstrike was in retaliation for a suicide bomb attack that killed dozens of Indian troops in the Indian-controlled part of Kashmir, a disputed border region, earlier this month.

India blamed Pakistan for the suicide attack, and Indian Prime Minister Narendra Modi vowed to “avenge every tear that was shed” for the victims. That vengeance came on Tuesday in the form of an airstrike — the first time India has sent warplanes into Pakistani territory since the 1970s.

The Pakistani military is the most important political entity in that entire nation, and this attack greatly, greatly embarrassed them. The Pakistani government is promising “to respond” to India’s surprise airstrike, and they have even called a special session of the group “that oversees the country’s nuclear weapons”…

In other words, Pakistan is strongly hinting that they could go nuclear as this crisis escalates.

“There will be some form of escalation,” Kamran Bokhari, an expert on Pakistani-Indian relations at the Center for Global Policy with the University of Ottawa told Bloomberg. “Pakistan will have to strike back — I am not saying this will lead to an all out war, but I don’t see that it’s over.”

And it may already be too late to settle things down. Following the airstrike, there were reports that the Pakistani military and the Indian military were “exchanging gunfire” along the border between the two nations…

An Indian Defense spokesman says Pakistan and India are exchanging gunfire along the Line of Control. Tensions continue between the two nuclear armed countries.

Most of us in the western world don’t spend too much time thinking about either India or Pakistan, but the truth is that they are both very important. Approximately one out of every five people on the entire planet lives in one of those two nations, and a nuclear conflict in the region would have enormous consequences for the entire globe.

Meanwhile, the Russians are now publicly accusing the United States of making preparations to invade Venezuela…

Russian Security Council secretary Nikolai Patrushev claims the US is amassing troops near the Venezuelan border ahead of a military operation in the south American country.

US forces have been deployed to “overthrow the lawfully elected incumbent president [of Venezuela] Nicolas Maduro”, he said.

And he didn’t stop with just making a generalized accusation. Patrushev went on to specifically name the countries where U.S. troops have been deployed…

“The transfer of American special forces to Puerto Rico, the landing of US forces in Colombia and other facts clearly indicate that the Pentagon is reinforcing the grouping of troops in the region in order to overthrow the lawfully elected incumbent president Maduro.”

If the Trump administration does ultimately decide to invade Venezuela, we could find ourselves directly fighting Russian troops, because they already have special forces there.

In addition, an invasion of Venezuela would cause our relations with China to deteriorate even further, because they have now come out very strongly against military intervention…

“China maintains that all countries should abide by the basic principles of international law and international relations, opposes foreign interference in the internal affairs of Venezuela, and opposes military intervention in Venezuela,” Ma Zhaoxu, China’s permanent representative to the UN, said at a Security Council meeting on the situation in Venezuela.

The envoy also said China opposes US attempts to offer “humanitarian assistance” to the people of Venezuela, echoing a line used by the Maduro regime that the aid is merely a ploy to try and sow instability in the country.

“China opposes using the issue of so-called humanitarian assistance for political purposes to create disability or even turbulence inside Venezuela and in the neighboring region,” he added.

“This serves no party’s interest,” the ambassador noted.

These are the times that I have been warning about. All of the elements of “the perfect storm” are coming together, and war is one of those elements.

Let’s keep a close eye on the Middle East as well. A major regional war could erupt over there at literally any moment.

After so many horrible wars in the past, humanity has still not learned how to live in peace. And now we possess weapons of mass destruction of immense power, and it is inevitable that those weapons will be used in future conflicts.

The worst wars in human history are ahead of us, and the death and destruction are going to be absolutely unimaginable.

Unfortunately, much of the world seems to be in the mood for war right now, and that is deeply, deeply troubling.